Who makes up Sinéad O'Connor's family?

Irish musician Sinéad O'Connor has been married four times and has had four children during a three-decade period in the public eye. 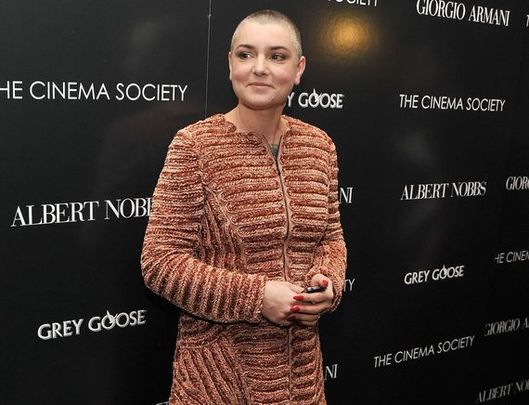 Sinéad O'Connor's troubled story took another tragic twist last week with the death of her 17-year-old son Shane, who was found dead in County Wicklow on Friday night after escaping suicide watch in an Irish hospital a day earlier.

Shane was the third of O'Connor's four children and the "light of her life", according to an emotional post on Twitter following his death.

The Irish musician has also been married four times, starting with her marriage to John Reynolds in 1987 after Reynolds had produced O'Connor's first album, The Lion and the Cobra.

Although the couple divorced in 1991, Reynolds has produced five of O'Connor's studio albums and served as her drummer during her 2013 world tour.

O'Connor's daughter Roisin was born in 1995 after the musician with Irish journalist John Waters, who was risen to prominence in recent years for his far-right advocacy on issues such as abortion, gay marriage, and Covid-19 legislation.

O'Connor allowed Roisin to live with Waters in Dublin after a long and difficult custody battle.

She later married British journalist Nick Sommerlad in 2001 before the couple divorced in 2004 without having any children.

Shortly after divorcing Sommerlad, O'Connor had Shane with Irish musician Donal Lunny in 2004.

In an emotional series of tweets following Shane's tragic death, O'Connor addressed Lunny, stating that Shane "adored" him and said that she will always remember "how sweet" Lunny was to their son.

"You have been a lovely father. I am so sorry for your loss," O'Connor wrote on Twitter.

Also like to thank Shane’s father, Donal Lunny. You did you best too, Donal. And Shane adored you. And I will always remember how sweet you have been to him. You have been a lovely father. I am so sorry for your loss.

The marriage was short-lived and the couple separated in March the following year.

Cooney previously played in the band Stockton's Wing as well as one-half of Cooney and Begley with Kerry-based accordionist Seamus Begley. At the time of the wedding, while O'Connor was on tour, the singer was 45 and Cooney was 57.

O'Connor was quoted by the Irish Examiner as saying at the time of the split, "Steve is lovely so it’s not his fault but mine... it was an extremely happy marriage... I’m heartbroken about it breaking up."

While O'Connor's marriage to Cooney was short-lived, it was nothing compared to her most recent marriage to Barry Herridge.

O'Connor married Herridge in Las Vegas in December 2011, only for the couple to split seven days later.

The couple reportedly met online and briefly got back together after they split up, only to eventually break up again.

In March 2015, O'Connor announced that she was a grandmother after Jake and his girlfriend Lia had a baby boy.

A year later, she wrote an open letter to Jake and her first husband John Reynolds accusing them of "abandoning" her when she was suicidal.

" You left me to die," O'Connor wrote on Facebook.

She also accused John of forcing her to have an abortion in 1991.

O'Connor addressed her four marriages in an interview in the Irish Independent, stating that she had been a "silly cow" for getting married four times.

"I wish I hadn't ever got married. Silly cow. Four times. What a twat. Now I can't ever get married once and properly. Anyway, I look stupid in dresses. And clearly, I'm a crap wife."