Petition launched to save beloved Dublin pub from hotel plans

The Cobblestone, located in the Smithfield area of Dublin, is a protected structure and one of city's best-known traditional music bars. 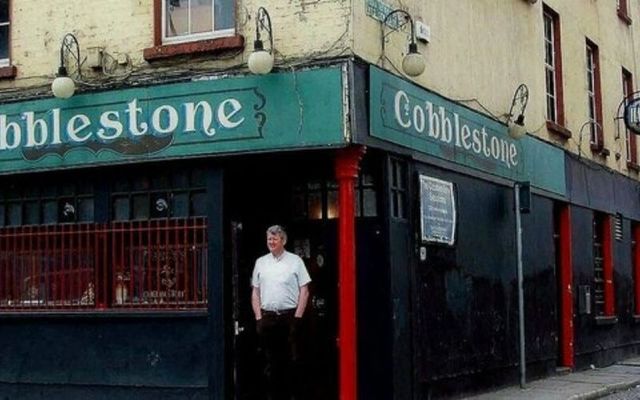 The 'Save the Cobblestone' online petition has gained nearly 20k signatures in less than a day.

The Cobblestone, located at 77-80 King Street North in the Smithfield area of Dublin, is a protected structure and one of the best-known traditional music venues in the city.

However, Marron Estates Ltd. has applied for planning permission with Dublin City Council to build a nine-story hotel at the site, calling for the demolition of No. 78 and 79 King Street North and the alteration of No. 77 and 80.

Adam Holohan, the assistant manager at the famous pub, told the Sunday Times that the proposed hotel would result in the almost total demolition of the Cobblestone, leaving it with a capacity of 50 people and effectively converting it into a residents' bar for the new hotel.

"We’d just be left with the front bar, which is where we have our sessions. But we can only fit around 50 people in there. And if the hotel goes up around it, our bar would be turned into some sort of residents’ bar," he told the Sunday Times.

Holohan said that the iconic venue had given up and coming musicians a "start" and said that the plans would "get rid" of the pub's famous music community.

"It would get rid of the music community, which is essentially our business. That’s why people come as well. If we can’t give them concerts, they probably wouldn’t come," he told the Sunday Times.

The 'Save the Cobblestone' petition launched on Uplift.ie has generated more than close to 20k signatures and called on people to oppose the plans to alter a "bastion of Irish culture".

"The Cobblestone is far more than just a pub. It is a bastion of Irish culture. People come from all over the world to share and learn Irish music, song, dance, language and storytelling," the petition stated.

Eoghan Ó Ceannabháin, who launched the petition, described the plans as an "attack" on Irish culture.

"This is an attack on our culture in a City that's getting swallowed up by blind greed. We need as many people to oppose this as possible," he wrote.

Social Democrat TD Gary Gannon said that there were too many hotels in Dublin City and said that more needed to be done to enhance the city's cultural quarters.

The plans have emerged just days after controversial plans emerged to convert retail units at Dublin's iconic Merchant's Arch into a new hotel.