Rooney said that there were unanswered questions about why society locked up pregnant women who were viewed as "undesirable members of Irish society". 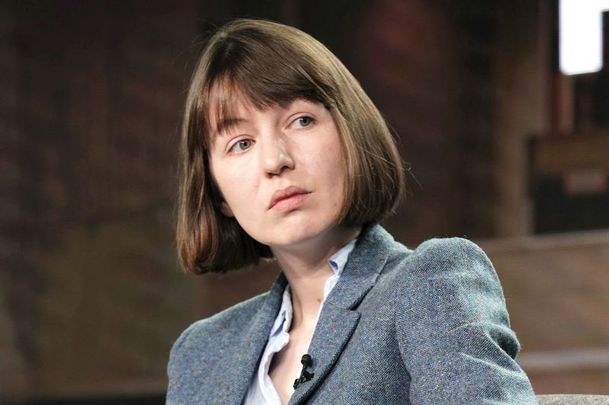 Normal People author Sally Rooney has said that the Catholic Church is now "irrelevant" but that more work needs to be done to make Ireland a secular nation.

Speaking to German publication Der Spiegel, Rooney said that there were unanswered questions about why society locked up pregnant women who were viewed as "undesirable members of Irish society".

She said that many people remained silent about abuse in Catholic institutions in the past because of deep connections between the church and Irish society.

"Deep connections cannot be severed so quickly," Rooney told Der Spiegel. "In the past, they were so deep that people were silent, even though they knew that there were structures of abuse in Catholic institutions, not only internally, behind closed doors, but also by definition.

"The people knew what the Magdalene Laundries were there for: as homes to which women who lived sexually self-determined lives were admitted."

Rooney said that many Irish people "knew that illegitimate children died in mother-child houses", echoing a troubling finding from the Mother and Baby Home Commission in January that suggested that pregnant women sought shelter in mother and baby homes because they faced a "cold, harsh environment" in Irish society.

The report found that unmarried pregnant women faced prejudice and abuse during their pregnancy, often led by their own families and condoned by the Catholic Church.

Rooney said that mother and baby homes were "institutions of punishment for undesirable members of the Irish society".

The best-selling author told Der Spiegel that she believes that the Catholic Church is now an "irrelevant" institution that should be kept away from Irish politics.

She added that the hostile culture of Catholic Ireland in the 20th century has "suddenly vanished", with an overwhelming majority of Irish people voting in favor of same-sex marriage and abortion rights for women.

Rooney commented that the hostile culture ostracized Irish musician Sinead O'Connor in the 1990s for tearing up a photograph of Pope John Paul II and speaking out against clerical sex abuse.

"She was seen as dangerous, at the same time she was very brave and right!" Rooney told Der Speigel. "People portrayed her as some kind of madwoman for saying things that we now all know are true."

Rooney also discussed her new novel, "Beautiful World, Where Are You?" in the wide-ranging interview with Der Spiegel, and said that struggles with the celebrity and fame of being a best-selling author.

"I don’t want to be a public person, Sometimes I wish I had published everything under a pseudonym, But obviously I haven’t - and here I am!"