What chances do the Irish Diaspora Roses have in the Rose of Tralee 2022?

Have you ever wondered how bookies arrive at the odds on the Rose of Tralee? Here's a look at how the bookies are lining out the Irish Diaspora Roses ahead of the 2022 Rose of Tralee selection. 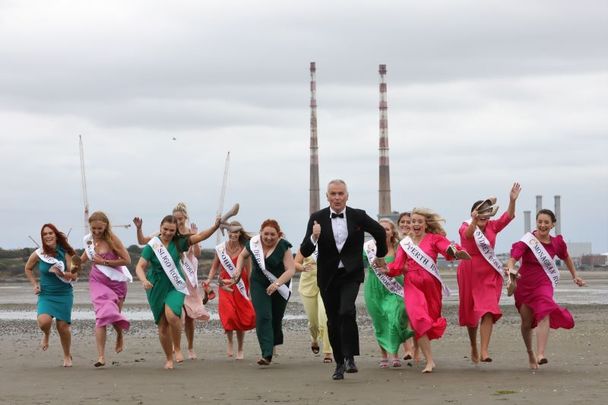 August 16, 2022: Host Dáithí O’Sé introduces the 33 Irish and International Roses taking part in the 2022 International Rose Selection. Pictured here on Sandymount Strand in Dublin are Dáithí and the Roses. RollingNews.ie

The betting odds on the 2022 Rose of Tralee suggest Texas Rose Arden Stringer is the most likely winner of this year’s event, while the London and Yorkshire Roses fall into the least likely winner category.

Gambling.com provides definitive betting analysis of the Rose of Tralee on an annual basis and hosts the number-one ranked Rose of Tralee betting guide online. Their odds are sourced from bookmakers Ladbrokes, Betfair, Paddy Power, and Boylesports.

“Odds compilers are duty bound to unearth as much information about the candidates as possible in order to form their own betting markets,” says Gambling.com spokesperson Jamie Casey.

“From the general public’s viewpoint, the competition can be notoriously difficult to predict as casual TV viewers have a limited opportunity to assess the Roses prior to the televised final.

“There are public biographies of each Rose listed on the official Rose of Tralee website and diehard fans who attend one of the limited number of pre-event outings featuring Roses on a short publicity tour can get a better sense of who they like before the TV stages.

“Gradually, the weight of money from informed punters leads us to a point where the betting provides a good barometer as to the destination of the prize.”

Indeed, it is a process that has proved accurate in the recent past, with the last winner of the pageant – Limerick’s Sinéad Flanagan in 2019 – having been the bookies’ favourite ahead of the final.

But other than the Texas Rose, the Irish Diaspora representatives are not given much hope of winning, with London’s Hayley Reynolds and Yorkshire’s Charlotte Sellers each given just a 1.5% chance (66/1). Likewise, Queensland Rose Eimear Naughton and Jennifer Mackey, representing Newfoundland & Labrador, are all bottom of the pile.

London last had winners in 2009 (Charmaine Kenny) and 2010 (Clare Kambamettu) while Yorkshire has never landed the prize (although Noreen Cassidy won it for Leeds in 1986). But why do bookmakers rate their chances so low in 2022?

“There could be a number of reasons, but in the case of the Yorkshire Rose it may come down to her background in politics,” added Jamie Casey of Gambling.com.

“Leeds native Charlotte Sellers was elected as a Horsforth Town Councillor in 2020. As we’ve seen in past pageants, the Rose of Tralee organisers prefer conversations to surround safer topics such as Irish dancing and musical interests, so Charlotte may not be given much opportunity to showcase all her strengths.”

Over half of the 61 Rose of Tralee competitions to date have been won by an international representative – 34 to be precise – but there has been no overseas winner since Maggie McEldowney of Chicago in 2016.

Granted, two years were lost due to the pandemic cancelling the 2020 and 2021 events, but it’s still three consecutive years without an overseas winner, which has only ever happened twice in the history of the festival (2003-2005 and 2017-2019).

Gambling.com representative Jamie Casey adds: “When you’re dealing with probabilities, as we are in the betting industry, it’s little trends that help form the bigger picture and there’s no doubt the gap since the last overseas winner is playing into the hands of the favourite from Texas.

“But there are other representatives of the diaspora community who have a lot going for them despite long odds. We’re tipping up Toronto Rose Maysen Tinkler at 33/1 and with good reason.

“After naming 33 contestants, the event organisers received a bit of criticism for the lack of diversity with no member of an ethnic minority background included, while there are no representatives of the transgender community either, despite being eligible.

“As such, they may feel the need to claw back some credibility in 2022 and that’s where Toronto’s Maysen Tinkler comes in. She has already revealed that she has been diagnosed with Autism and hopes to challenge related stereotypes, which is an ample opportunity for event organisers if they’re keen to prove they are diverse.

“Not only that, but Maysen has a passion for sustainable living amid the growing concern of climate change, while the 20-year-old has recently helped Ukrainian refugees get set up with bank accounts in Canada. All of which is very relevant to 2022.

“She seems an all-round good egg and the shrewdest of bettors have money riding on her to crow the 2022 Rose of Tralee.”

The Rose of Tralee final can be live streamed across the globe via RTÉ Player on Monday, August 22 and Tuesday, 23.