Owen Luebbers proves that Irish dance championship titles aren't given, they're earned, with this "accurate" look at Irish dance practice. 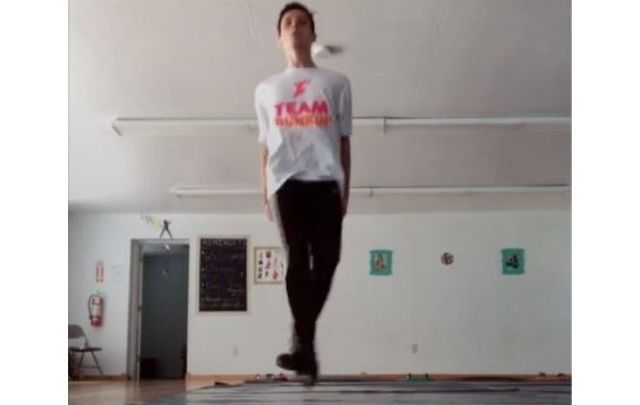 Owen Luebbers shows us the hard work and frustration that goes into becoming an Irish dance champion.

Owen Luebbers, for the unacquainted, is one of the best Irish dancers currently competing within the CLRG organization, the oldest and largest competitive Irish dance organization in the world.

In 2019, he most recently claimed the title at the All-Scotland Championships which were hosted in Glasgow:

The charismatic Irish dancer, a native of Pennsylvania who trains with the Holly and Kavanagh Academy, has amassed a dedicated social media following and frequently shares fun and unique Irish dancing videos on his Instagram account.

Recently, however, Luebbers shared a video on TikTok that he captioned “a 100% accurate representation of what practicing Irish dance is like.”

The video highlights that Irish dancing championship titles aren’t given, they are very thoroughly earned. Luebbers stumbles, groans, and even collapses to the floor while attempting to perfect some heavy shoe material.

Over on the social media platform TikTok, the brief video has been viewed over one million times:

Are you an Irish dancer? Make sure to send us your videos to Submit@IrishCentral.com, or stop by our Facebook group!