On this day: Peter O'Toole was born in Connemara. 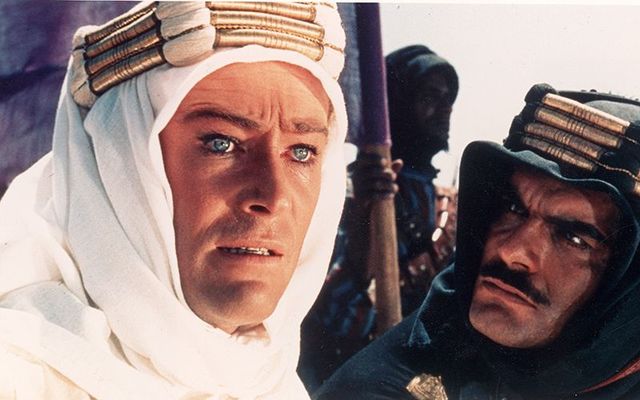 Peter O'Toole and Omar Sharif in "Lawrence of Arabia" Getty

Nominated for ten Oscars, the epic movie "Lawrence of Arabia" left its mark on the world but no one will ever forget Peter O'Toole, the Irish star, in its title role.

Editor's note: On this day, Aug 2, 1932, the wonderful beloved Irish actor Peter O'Toole was born in Connemara, Co Galway. A massive presence on stage and screen throughout his life O'Toole is probably best known for his presence in the title role in the epic 1962 movie Lawrence of Arabia.

Omar Sharif, the legendary Egyptian actor, hadn't lost his senses of humor even at the age of 80 back in 2012.

Sharif was a complete unknown when he got the break of a lifetime, a starring role in the international smash "Lawrence of Arabia."

Sharif remembers how he got the part: "They put me on a plane to the middle of the desert, and when the plane pulled up there was one man standing there. It was film director David Lean,' Sharif said from his home in Paris. 'He didn’t say anything. He just took a tour around me to see what I looked like, and that was that."

"Lawrence of Arabia," the smash hit Columbia Pictures drama, won seven Oscars, including Best Picture and Director. In 2012, it was reissued in a four-disc Blu-ray gift box with the restored 227-minute cut, which includes a making-of documentary, a feature on the film's breakout Irish star Peter O’Toole, and interviews its cinematic heirs Steven Spielberg and Martin Scorsese.

"I’m used to the desert," Sharif said, during the documentary. "I was used to the heat, all of that. I had lived in tents sometimes for other films.

"I found Peter O’Toole to be a close friend of mine. It was extraordinary. We lived together for one year. We slept in tents next to each other, and we drank our whiskey under the stars, and we chatted about acting."

Here's the trailer for "Lawrence of Arabia":

Do you have a favorite role of Peter O'Toole's? Let us know in the comment section below.