The Olympia Theatre's iconic facade and canopy in Dublin will remain largely untouched by the new sponsorship deal, which will run for an initial eight-year period. 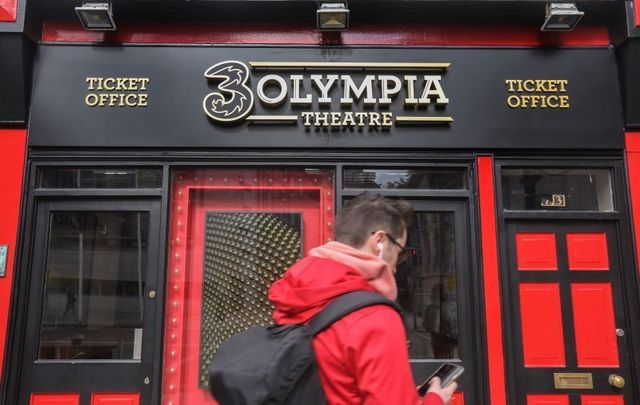 September 16, 2021: The new logo for the Olympia Theatre in Dublin, which has controversially changed its name to the 3Olmypia Theatre after a sponsorship deal with mobile operator 3. RollingNews.ie

The theater's iconic facade and canopy will remain largely untouched by the new sponsorship deal, which was unveiled on Wednesday morning and will run for an initial eight-year period.

The venue's new title and branding will be mainly displayed above the theater's box office. 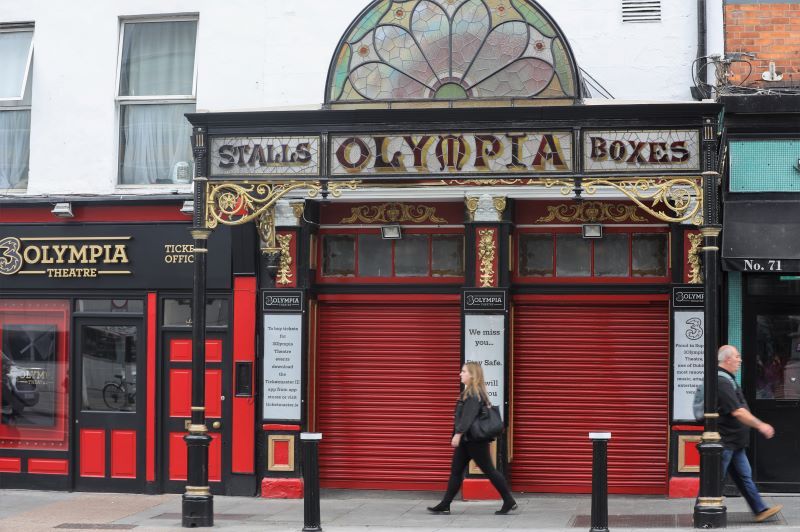 Caroline Downey, the owner of the Olympia Theatre, said that the sponsorship deal will allow the venue to survive following 18 months of closures.

"The past 18 months has been difficult for the live entertainment industry and the investment of Three in this new partnership is more important than ever in supporting the venue to reopen its doors once again," Downey said in a statement.

Three Ireland, which already sponsors the 3Arena in Dublin City in addition to popular music festivals such as Longitude and Electric Picnic, said that it was "excited" to add the Olympia Theatre to its "portfolio of music sponsorships".

Elaine Carey, the company's Chief Commercial Officer, said that music and the arts remained an important part of people's lives despite the challenges of the COVID-19 pandemic.

"This venue holds a very special place in the hearts of music fans, and we are committed to supporting the live entertainment industry and this iconic venue as it prepares to reopen to the public," Carey said.

Three Ireland has celebrated its new sponsorship deals by organizing a concert paying tribute to some of the most famous artists to perform at the venue.

The concert, which will feature several prominent Irish musicians, will be live-streamed for free.

However, a number of Dublin residents expressed anger and frustration over the renaming of one of the city's most iconic venues.

One resident told the Irish Independent that Ireland had "gone mad commercially" and added that the "Olympia should be the Olympia".

Another said that they thought the new signs were a stunt by satirical news publication Waterford Whispers.

Several Dubliners said that they would continue to refer to the venue as the Olympia despite the rebranding.

The Victorian music venue first opened its doors as the Star of Erin Music Hall in 1879 and became the Olympia Theatre in 1923.

Global superstars including David Bowie, Robbie Williams, Charlie Chaplin, and Blur have all performed at the venue throughout its 142-year history.