“Oh My God, What a Complete Aisling” is IrishCentral's February Book of the Month

"Oh My God, What a Complete Aisling" by Irish authors Sarah Breen and Emer McLysaght is IrishCentral's February Book of the Month 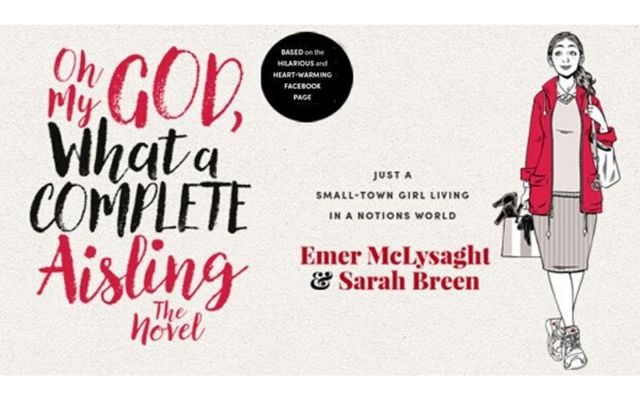 "Oh My God, What a Complete Aisling" was the top-selling Irish fiction book of the decade.

"OMGWACA" was the best selling Irish fiction book of the decade

Welcome to February’s pick for the IrishCentral Monthly Book Club! Each month we will pick a new Irish book or a great book by an Irish author and celebrate the amazing ability of the Irish to tell a good story.

Throughout February, we'll be reading “Oh My God, What a Complete Aisling” by Irish authors Emer McLysaght and Sarah Breen.

“Oh My God, What a Complete Aisling,” the first in the phenomenally successful “Aisling” series by Irish authors Emer McLysaght and Sarah Breen, is the delightful tale of an Irish twenty-something girl attempting to figure out her life between her home in the country and the 'big smoke' of Dublin. 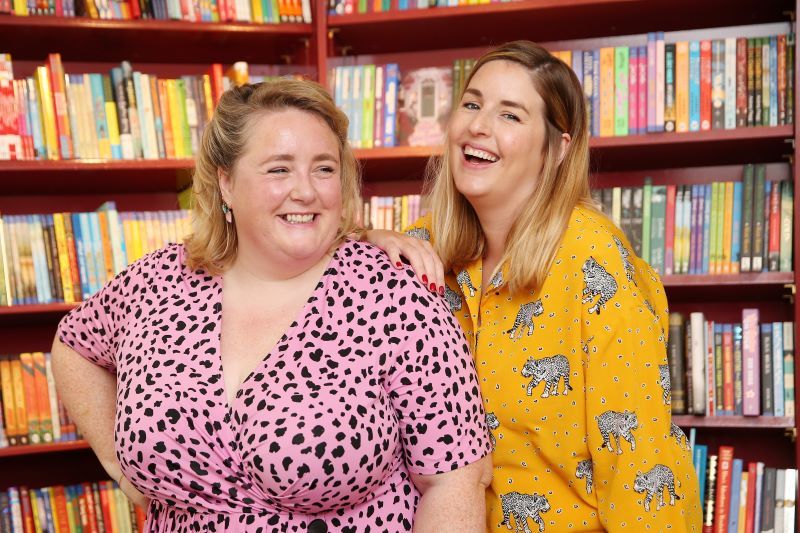 Here’s a synopsis of the positively charming book: “Aisling is twenty-eight and she's a complete ... Aisling. She lives at home in Ballygobbard (or Ballygobackwards, as some gas tickets call it) with her parents and commutes to her good job at PensionsPlus in Dublin.

"Aisling goes out every Saturday night with her best friend Majella, who is a bit of a hames (she's lost two phones already this year - Aisling has never lost a phone!) They love hoofing into the Coors Light if they're 'Out', or the vodka and Diet Cokes if they’re 'Out Out'.

“Ais spends two nights a week at her boyfriend John's. He's from down home and was kiss number seventeen at her twenty-first. But Aisling wants more. She wants the ring on her finger. She wants the hen with the willy straws. She wants out of her parents' house, although she'd miss Mammy turning on the electric blanket like clockwork and Daddy taking her car 'out for a spin' and bringing it back full of petrol.

“When a week in Tenerife with John doesn't end with the expected engagement, Aisling calls a halt to things and soon she has surprised herself and everyone else by agreeing to move into a three-bed in Portobello with stylish Sadhbh from HR and her friend, the mysterious Elaine.

“Newly single and relocated to the big city, life is about to change utterly for this wonderful, strong, surprising and funny girl, who just happens to be a complete Aisling.”

Read More: Samantha Power on how being Irish made her is January's Book of the Month

The book, released in 2017, was named by Easons as the Best Selling Irish Fiction Book of the Decade and the third best-selling fiction book of the decade.

Author Sarah Breen was only delighted:

Such was their success that Breen and McLysaght have released two follow-ups: "The Importance of Being Aisling," and "Once, Twice, Three Times an Aisling."

As if that wasn't enough, it looks like Aisling will be heading to the big screen too. McLysaght said: "We’ve been working on the screenplay for over a year. It sounds like such a cliché but it’s such a learning process. We really had no screenwriting experience at all.

"We’re working with Element Pictures and they really helped us to learn how to do it. It’s a very specific skill to write for the screen."