"Normal People" is "is no ordinary romp about puppy love" according to The Washington Post. 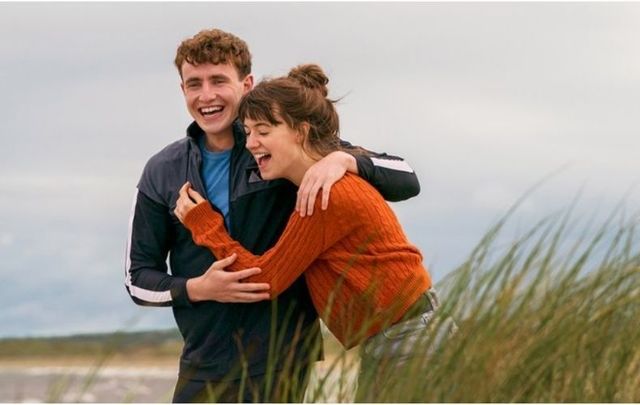 Normal People, the smash-hit BBC / Hulu adaptation of Irish writer Sally Rooney’s book of the same name, has been named among The Washington Post’s ‘Best TV of 2020’ list.

TV critic Hank Stuever included the distinctly Irish production, which stars Daisy Edgar-Jones and Co Kildare native Paul Mescal, in his year-end roundup where he pays homage to one of the many heroes of 2020 - television.

"Amid a heap of streaming rom-coms, “Normal People” (faithfully adapted from Sally Rooney’s novel) feels close to actually falling in love and having your heart broken, thanks to the raw and revealing work of the show’s lead actors, Paul Mescal and Daisy Edgar-Jones. Not since Richard Linklater’s “Before Sunrise” film trilogy can I remember being so invested in the fate of a fictional couple.”

Back in April when the show first premiered, Stuever wrote: “It’s one of the best works of TV I’ve watched so far this year, and the rare show during this pandemic stay-home saga that made me forget everything else.”

Normal People, starring Paul Mescal and Daisy Edgar-Jones, was BBC’s most-streamed series of 2020, racking up 62.7M views since launching in April, according to Deadline.

Not only was the show popular, but it was also well-received by critics. The Irish mini-series was nominated in four categories for this year's Primetime Emmys, including a nomination for Paul Mescal in the  Outstanding Lead Actor In A Limited Series Or Movie, the first for the young and promising Irish actor.

You can watch Normal People on Hulu here.