The "No Irish Pub" wanted to raise awareness of how Irish immigrants were once treated in the U.S. and to highlight present-day conversations about race and immigration. 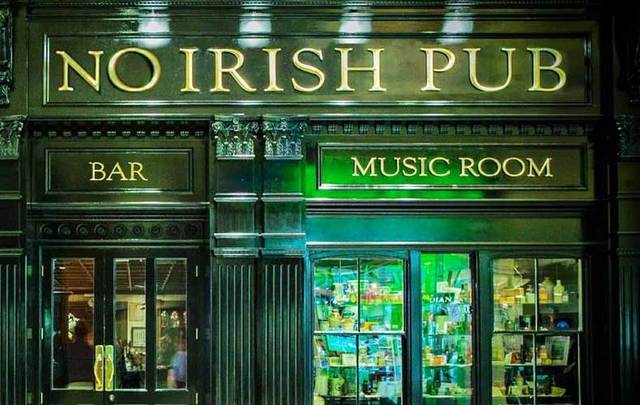 A pub was set up along the route of Detroit’s St Patrick’s Day Parade in 2018 with the express purpose of banning Irish people. The result was amazing.

The fake temporary pub was created in March 2018 to raise awareness of how Irish immigrants were once treated in the U.S. and to highlight present-day conversations about race and immigration. This stunt happened in March 2018 but given the year the world's had since and the political climate it remains extremely relevant.

Dan Margulis, the creator of the experiment, rented an empty space on Michigan Avenue for the St. Patrick’s Day Parade and hung a sign that said “No Irish Pub.” A bouncer was placed at the door to turn people away if they said they were Irish or even if they were wearing green.

On St. Patrick's Day, everyone is Irish. And everyone trying to get into the No Irish Pub will be treated like an Irish Immigrant.

Margulis hired a production company to record people’s reactions to being called “lazy” and “lower-class citizens” before being sent on their way. The finished video is posted on Margulis’ website, NoIrishPub.com.

"On a day when everyone is proclaiming solidarity with an immigrant group ... we wanted them to feel what it was like to be treated like an Irish immigrant … years ago in this country, and hopefully that would get them to think about the way we treat current immigrant groups," said Margulis, who works in advertising.

As expected, many people got angry.

Margulis said: "People were outraged, and they didn't understand how someone could be so racist."

Brochures explaining what was going on were handed out down the street.

"There were few people who got extremely angry and wanted to fight, and they diffused that," Margulis said.

The Detroit Free Press reported that Margulis was inspired to launch the “No Irish Pub" by the 2018 media coverage of the controversy surrounding the so-called Dreamers and the Deferred Action for Childhood Arrivals (DACA) immigration policy.

"The general sentiment (is) that we're becoming more and more anti-immigrant," he said. "As we got closer to a day that celebrates immigrants, I thought if those two things collided, I thought maybe it’s a way to get people to think about how we act today.

"Anything that I think that allows people to experience what it feels like to be discriminated against firsthand, I think it’s good. It shocks people into empathy. I would absolutely do something like this again."