Magic made! Dancing into the night on a bridge outside Ballina in the 1950s

An extract from "My Ireland: A Memoir" by Margaret Connor. 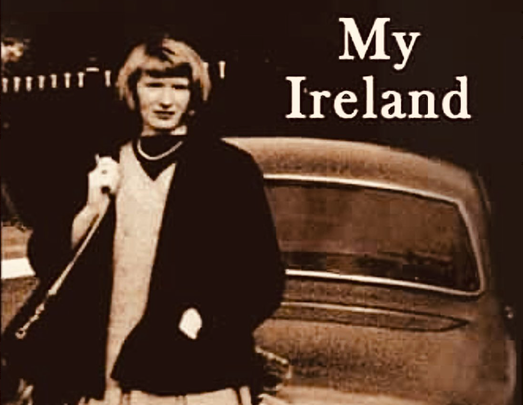 The cover art for "My Ireland: A Memoir" by Margaret Connor.

Praised as being nostalgic and heartwarming, the following is an extract from Margaret Connor's "My Ireland" a historical and cultural walk down memory lane, an account of growing up in Ireland in the 1950s.

We learned to dance on a local bridge situated in the village of Corrimbla, a distance of about four miles from the town of Ballina {in County Mayo].

In the summer twilight, members of the Murray family brought along their accordion and played there into the late evening. This extraordinary family of 12 children lived on a farm next to the Corrimbla bridge. Many of them worked in England to help support their farm.

Naturally talented, they brought their self-taught accordion music to the outdoors for all to enjoy. The sound of their music from the bridge could be heard for miles in the distance. Those of us who attended were either in our teens or early twenties.

Our parents objected to our participation since many of us were still in school, and this was seen as a distraction. Parents also were concerned about us, “Wearing the soles and heels off your shoes.” But our shoes already had many holes in the soles, so a few more made little difference.

One neighbor woman, Mrs. Margaret Ann Melvin, complained about her son Tommy: “He’s gone off to the bridge with a swelled head of cheek,” meaning that he was all too full of himself.

Nevertheless, we took off on our bikes, pretending that we were visiting friends. Placing my family’s small white terrier dog, named Cookie, in the basket of my bike, I pedaled off to the next village to meet up with my friend Noreen. Together with the dog, we continued on to the bridge.

Once there, I joined in the dancing while swinging Cookie around by his two front paws, as he moved on his hind legs, keeping step to the music.

With so many young bachelors attending, the females were considerably outnumbered. These young men, namely the McGowan brothers, the Melvin brothers and the Murray brothers among others, were all from local village farms, most of whom never married due to changing demographics.

We took turns changing partners as we danced around and around under the stars. The dancing on the bridge, however, came to an abrupt end when the parish priests caught wind of it.

Arriving unexpectedly one evening in their fancy car, they took note of our ages. Then, claiming that this activity kept school-age children from their homework and lessons, the Church won out, and the dancing stopped.

For all of us who participated, dancing on the bridge was fun while it lasted. There, we learned to waltz, foxtrot, quick-step, and swing. One young lady, Kathleen Murray, who later won many prizes in America for her ballroom dancing, never forgot where it all began "on the old rustic bridge near her home."

* "My Ireland: A Memoir" by Margaret Connor is available on Amazon.