McHale was a key cog in the wheel that drove the creation of the Catskills Irish Arts Week in 1995. 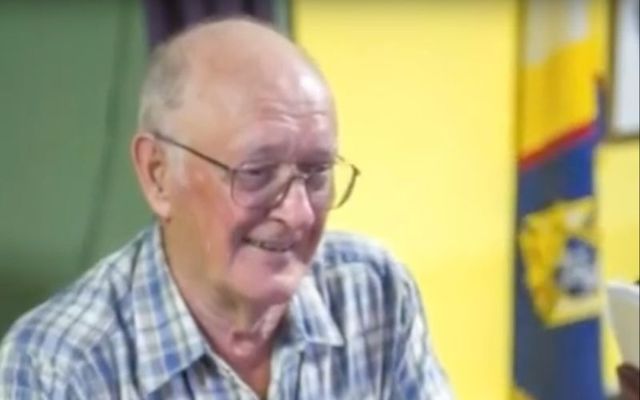 Amidst the paralysis of the pandemic that started in 2020, we kept hoping and praying that it would soon be a bad memory filled with tragic and widespread losses.

Our lives turned virtual as the internet kept us all in as close a contact as we could safely navigate, and that cyber lifeline was crucially important back then.

As the vaccines arrived and the plague started to decline we looked for ways to slowly find and discover what our new normal would be and when could we congregate in person once again to share and celebrate what we never lost. The image of roots of determined plants rising from frozen and snowy grounds reminds us that life renews itself and we are to seize that opportunity where and when we can.

That notion came into my head when word trickled down via social media of the passing of the venerable traditional musician Mike McHale, who lived in the town of Catskill in upstate New York. It is likely that many of you would not be familiar with the name of the Tulsk, Co Roscommon native who, like many other senior tradition-bearing musicians, brought his native music to our shores and passed it on to younger American generations.

McHale left Ireland in 1959 after winning an All-Ireland championship on the tin whistle coming to Boston first and then onto New York City, where he met and married Kathleen Guthrie from Liscannor, Co Clare. He went to the Catskills to work at Mullan’s Mountain Spring House Resort (now the Blackthorne).

Along the way, he would play the whistle, flute, and accordion with many of his peers like Seamus and Joe Cooley, Paddy Cronin, Andy McGann, Jack Coen, and Sean McGlynn who had encouraged him to move to New York to work and play. His music went quiet for a while as he settled into his Catskills life working and rearing his family.

As one of the active New York Irish music and dance organizers over 30 years ago, I was invited up the Catskills for a series of one-day Irish annual festivals in Blenheim, New York in Schoharie County organized by Janis Benincasa, a folklorist relocated from New York City. I was delighted to be asked to teach and call dances with such stalwart musicians like Jack and Father Charlie Coen (who moved to Red Hook, New York as pastor), Mike Rafferty, Joe Madden, and daughter Joanie Madden and her nascent group Cherish the Ladies and other up and coming musicians.

It was there that I first encountered McHale and his beautiful flute and whistle playing and sympathetic spirit driving the music alongside such old friends.

McHale was a key cog in the wheel that drove those Schoharie sessions more rightfully to the Irish Catskills hub of East Durham as it morphed into a weeklong summer school known as the Catskills Irish Arts Week in 1995. From its very beginning, Mike was a seminal factor in helping things take root there and making it a full week dedicated to traditional Irish music that would soon become well-known for propagating it in the U.S.

After being dormant for too long in the Irish music scene upstate, he relished the idea of sparking a new community of people who shared the same love for the “ould music” and he threw himself wholeheartedly into making it come alive.

He soon became one of the most popular teachers with his modest and oh-so-steady approach sprinkled with great storytelling and humor both in his classes and myriad sessions which he enjoyed with new and old musicians. In the Catskills Irish Arts Week concerts, he dovetailed marvelously and as part of very tasty ensembles with the likes of Father Charlie and Felix Dolan and later younger musicians like Billy McComiskey, Willie Kelly, and piper Benedict Koehler. His approach to playing for dancers at the ceilithe at the Shamrock House became an enduring legacy too, and not only during Arts Week.

While he wore his humility and depth in the tradition quietly, there was no denying where it came from in his heart, mind, and genes. His father Bill McHale was the local schoolmaster in Tulsk and played the accordion and there were many sessions in the family home attached to the school. His late brother Tom would also become an important Roscommon musician who tragically died too young.
So, Mike took teaching seriously and the tunes and settings he used for his classes became so highly regarded he published them in two volumes to meet the demand. In 2000, he released his first solo CD, "The Schoolmaster’s House," to help burnish his own standing in the Irish music scene.

McHale’s influence and generosity, aided and abetted by his Banner-born wife Kathleen, up and down the Hudson River Valley was also growing like wildfire year-round. He taught students on the whistle and flute as far as Albany. His tunes were enjoyed at many Comhaltas sessions hosted by the Sean O’Riada CCE branch as well as at the long-time Irish music sessions at the Rhinecliff Hotel on the Hudson River for many years.

It was there at the Rhinecliff and in the early days of the Catskills Irish Arts Week that McHale and Father Charlie mentored two young Hudson Valley youngsters in Dylan Foley and Dan Gurney, two of the leading exemplars of the music passing into right hands. Sharing tunes and encouragement in equal measure, they instilled a healthy influence that not only has impressed folks on this side of the Atlantic but throughout Ireland.

And the boyos gave it right back not only in their joint duet recording but the wonderful CDs The Yanks that emerged and were launched at the Catskills Irish Arts Week as worthy testaments to McHale and Coen.

McHale suffered from Parkinson’s disease for a number of years and had to put down the flute. But he was still able to pick up the tin whistle and play so graciously.

In 2021 while the Catskills Irish Arts Week was a virtual affair, a number of people still turned up in East Durham and the Shamrock House organized a session specifically to celebrate McHale, and the ballroom was swelled with so many admirers who wanted to share tunes with him again. As a prelude, the night before after a ceili, fellow tin whistle player Kathleen Conneely pulled Mike to a quiet corner to hear him play with her.

Amazingly, as if the Pied Piper was re-incarnated in McHale that evening, about 10 young musicians from Willie and Siobhan’s school of music who had been playing great music themselves all week, gravitated around Conneely and McHale.
The schoolhouse was back in session with the master Mike McHale at the helm and the tunes and the grá for traditional music will not go into the ground with him. Its future is assured.