Following his defeat to Mayweather, the MMA star has revealed plans for his next business venture. 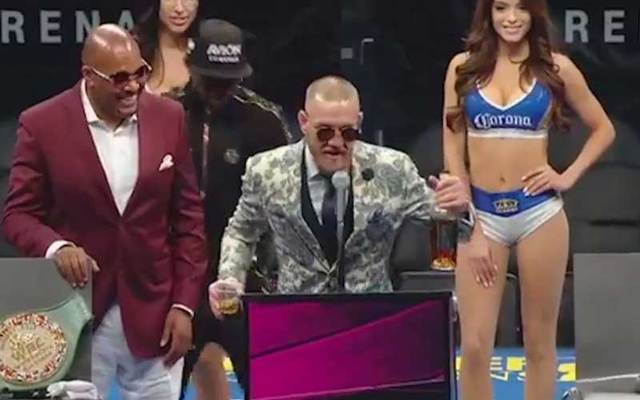 Following his bout with Floyd Mayweather Jr on Saturday night, Conor McGregor revealed he is planning to launch his own Irish whiskey brand.

As he sipped from a bottle of ‘Notorious Irish Whiskey’ during the post-fight press conference, McGregor said his newest venture would see him going into the Irish whiskey business, the Independent.ie reports.

"Oh, that whiskey tastes so good," said McGregor, who lost to Mayweather by 10th-round TKO in the fight at the T-Mobile Arena in Las Vegas last night.

But before he does that, the MMA star has more immediate plans.

"I'm going to hit Ibiza for a childhood friend's wedding and going to hire a 100ft yacht,” said McGregor.

"Those are my plans and then we'll see what's next.

"This was some buzz, to come in and face this man. There were so many doubters, people said it wouldn't happen and then they said I wouldn't lay a glove on him.

"I have many options in mixed martial arts and I'm sure opportunities will present themselves in boxing."