From coast to coast and continent to continent, the McGregor defeat was praised as a gallant effort by an outmatched boxer. 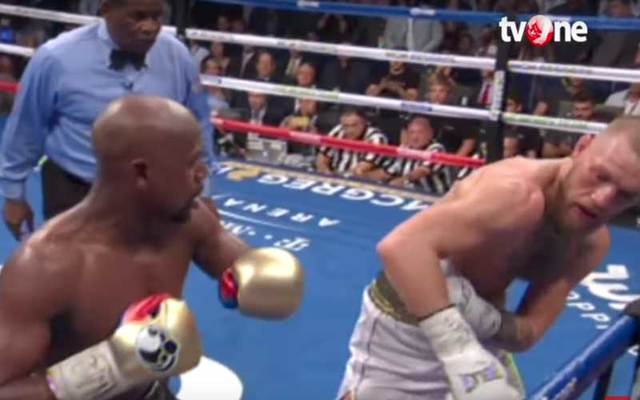 From coast to coast and continent to continent, the McGregor defeat was praised as a gallant effort by an outmatched boxer.

“Some saw it as a gimmick between a pure boxer and a brawler. But the boxer, Floyd Mayweather Jr., needed all of his experience to stop the brawler, Conor McGregor, with a 10th-round TKO.”

“The night’s biggest surprise wasn’t that Mayweather was the one lifting his hand in the end, but that the fight wasn’t the snoozefest many feared. McGregor was making his boxing debut but managed to take the fight to Mayweather early and absorb big punches late. It was a resounding loss for McGregor, the brash Irishman who predicted a second-round knockout, but not one that he’ll likely be embarrassed by.”

“McGregor acquitted himself nicely, landed a few early punches that raised some eyebrows and precluded the disgrace many pundits expected, but it was still the mismatch augured from day one”

.@5liveSport have it as:

“Boxing's reputation is protected with Mayweather's win, but it's a huge victory for the UFC as well. The Irish jewel in the organisation's crown was not embarrassed, as many thought he would be, and he confirmed that he will return to the octagon in the future - even though now, more than ever, he does not need the money.”

“Floyd Mayweather accepted that Conor McGregor was better than he thought as he was made to work hard for his 10th-round stoppage in their light-middleweight fight in Las Vegas.”

“For four years and a few odd months now, Conor McGregor has been caught up in just such a moment. In that time, he has transcended two different sports, put Crumlin on the pages of the Wall Street Journal and gone from a €188 weekly social welfare cheque to a net worth well in excess of $100m.

“All of this would be impressive in its own right, but what makes McGregor's ascension particularly historic is that it has occurred without there being any underlying structure in place to precipitate it. He has not just climbed the ladder of success, but built it anew, higher than anyone had ever thought possible.”

“Floyd Mayweather accepted that Conor McGregor was better than he thought as he was made to work hard for his 10th-round stoppage in their light-middleweight fight in Las Vegas.

“McGregor was making his professional boxing debut having moved over from UFC and fared better than most people thought, winning the first few rounds.

“But Mayweather's class and experience began to tell and, with McGregor barely able to stand in the 10th round, the referee stopped the fight.”

“McGregor actually performed well early in the junior middleweight bout. The 29-year-old’s awkward southpaw style, superior range and size, and use of angles all helped him win the first three rounds on one official scorecard, as well as THE RING’s.”

“Floyd Mayweather took his time and picked Conor McGregor apart late into their fight to score a 10th round TKO win. On Twitter, pro fighters praised Conor’s effort, while some contested the stoppage.”

“Audience records provoked what had never happened before with a Pay Per View broadcast. The incredible promotion of last night's bout between Floyd Mayweather and Conor McGregor sparked the rush of thousands of American citizens to hire the televised event.”

“American boxer who retired two years ago confirms at 40 he’s stronger and better.”