The very game Dubliner put on a very respectful showing, but experience told in the end as “Money” moves to 50-0 with the win. 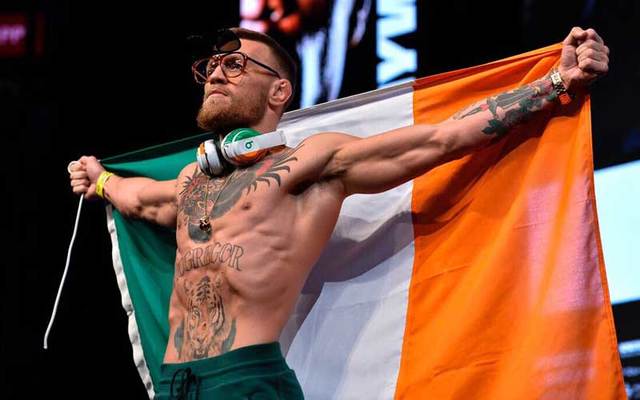 Floyd Mayweather Jr. became the first man to reach 50-0 as a professional boxer when he defeated Conor McGregor (0-1) by 10th round TKO at the T-Mobile Arena in Las Vegas in front of a crowd of 14,623.

Many feared that this event, which pitted one of the best professional boxers of all time against an MMA star making his pro debut, would be a one-sided beat down, but it was the UFC lightweight champion who made a fast start, winning the early rounds to suggest that the massive upset might be a possibility.

Mayweather did not throw many punches in the first three rounds, but he seemed very relaxed while he fielded the best shots from McGregor. That said, McGregor was landing some punches and more than held his own. In the fourth stanza, Mayweather found his timing and started landing the right-hand power shot, which was his most potent weapon in the fight.

There was some rough fighting in the rounds, with both men holding, punching behind the head, rabbit punching, and generally manhandling each other. At the end of the fifth round, Mayweather gave McGregor a little push in the chest, but nothing ever really got out of hand.

As the fight wore on, Mayweather started to take over and land more rights. The famed counter puncher started to walk down the 29-year-old from Dublin and slowly dismantle him. In the ninth, Mayweather hurt the tiring McGregor badly, and the Irish man was fortunate to survive the round.

Things got no better at the start of the tenth stanza. Mayweather stunned McGregor with another right, and he started to unload with a barrage of punches. McGregor was not throwing any punches back, and referee Robert Byrd decided enough was enough and stopped the fight with 1:05 gone in the round.

“I thought that I took the early rounds pretty handy. He had to change his style, and fair play to him he did,” McGregor told Jim Gray of Showtime in the ring after the fight. “He’s composed, he’s not that fast, he’s not that powerful, but boy is he composed in there. He was making me throw, and he was patient with his shots. I got to give him respect, fair play to him, what a great career he has had.”

Mayweather told Gray after the fight that he was surprised with McGregor. “He was a lot better than I thought he was. He used different angles; he was a tough competitor, but I was the better man tonight.”

Conor McGregor put up some respectable numbers against one of the greatest boxers of all time. #SCFacts pic.twitter.com/MX5NqGuLYj

Mayweather went on to say that his slow start was part of his team's strategy. “Our game plan was to take our time, go to him, let him shoot all his heavy shots early and then take him out at the end down the stretch.”

The 40-year-old was convinced that McGregor would tire in the later going. “We know in MMA, he fights hard for 25 minutes. After 25 minutes, he started to slow down. I guaranteed to everybody that this wouldn’t go the distance.”

While it was a disappointing evening for McGregor, he quashed any question that he would not bounce back after this. “I’ve been strangled on live TV and came back,” said the defiant Irishman, referring to his defeat to Nate Diaz at UFC 196 in March 2016. Though it was not his night, McGregor can walk away from this fight with his head held high and his coffers swollen by the millions he will net from the night.