The much-loved Irish author is taking to the air waves 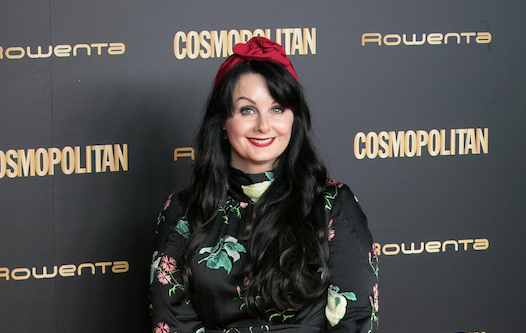 The Irish author is taking to the airways Getty

The much-loved Irish author has been commissioned to write a comedy series for BBC Radio 4 - which will also feature another well-known Irish comedy talent.

"Between Ourselves with Marian Keyes is being produced by Steve Doherty, m.d. of Giddy Goat Productions, who said:

"It’s rare to find such imaginative storytelling, gripping life experiences and a hugely engaging personality wrapped up in one, tiny, beautifully-shoed package - but that’s what we have with Marian. I’m really looking forward to working with her and presenting her to the BBC Radio 4 audience.”

It’s the first time Marian has written her own series, although two of her novels, "Watermelon" and "Lucy Sullivan Is Getting Married," have been adapted for television.

"Between Ourselves" will be based on pieces from her bestselling collections of essays, "Making It Up As I Go Along" and "Under the Duvet," which features a number of articles that first appeared in the pages of Irish Tatler. Each episode will take the form of a conversation with Irish comedian, writer and actor Tara Flynn.

Speaking of the show, which is set to air next May, Marian said:

“What an opportunity - I was delighted to be asked. I love Radio 4, so many great stories and storytellers - and now me. It’ll be great fun to work with the fabulous Tara Flynn, too. We’ve so much in common and so much to talk about.”

The Irish contingent is in good company, with Joanna Lumley, Rowan Atkinson and Madness singer Suggs also signed up for new comedy commissions on the station.

READ: Grab A Cosmo and Settle In Girls, There's A New Sex and the City Podcast Series