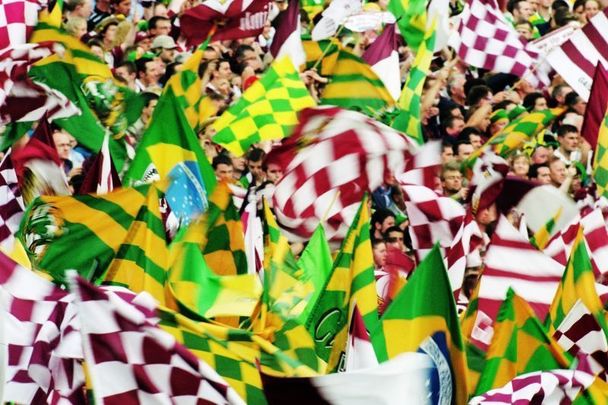 With Sunday's win, Kerry has now won 38 All-Ireland Senior Football Championships, more than any other county. Behind them is Dublin, who has won 30, followed by Galway, who has won nine.

The Kerry team will be bringing the Sam Maguire Cup back down to The Kingdom today, July 25, with celebrations scheduled for Tralee and Killarney.

"It's unbelievable," Kerry captain Sean O'Shea said after the match. "Just to finally get over the line, it's hard to describe, it's like a weight lifted off your shoulders.

"It's something you dreamed about since you were a young fella to just get a Celtic cross and get up those steps.

"To be given the honor of getting to lead the team out today and to do it with Joe [O'Connor] for the year has been incredible, so I'm forever grateful."

Sean O'Shea spoke about leading Kerry to an All-Ireland and particularly given there was a "barren" period for the county #sundaygame #rtegaa pic.twitter.com/uGy5v2ocQj

"It’s very hard to put it into words," David Clifford, who was Kerry's top-scorer and named Man of the Match on Sunday, said after the game.

"I think it’s very obvious it’s something I’ve dreamt of all my life.

"I was always confident we would get over the line even though last year it didn’t work out for us.

David Clifford, along with David Moran, speak just moments after winning the All-Ireland with Kerry after an eight-year wait.

WATCH: 1970 footage of a seanchaí telling the tale of his missing wife in Co Clare