Have you heard about the hurler with the crazy commute? He lives and works in the United States, but on Sunday he will run out in front of 82,300 screaming fans in Dublin in the biggest game of the year. 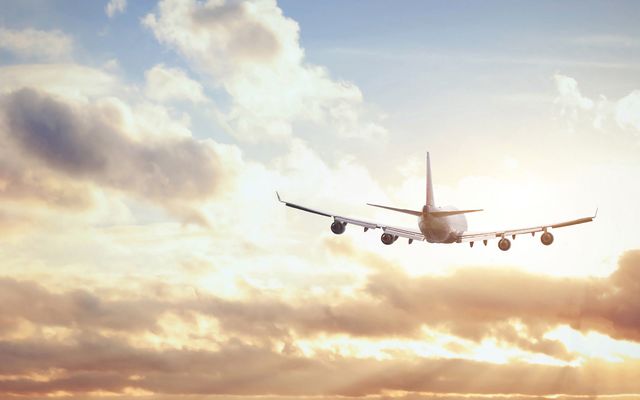 Have you heard about the hurler with the crazy commute? He lives and works in the United States, but on Sunday he will run out in front of 82,300 screaming fans in Dublin in the biggest game of the year.

When the hurlers of Galway and Limerick run out onto the Croke Park pitch, there won’t be any doubt as to which of them has had to do the most traveling in order to represent his county in front of a global TV audience of millions in the 2018 All-Ireland Final.

For the past two years, Galway forward Jonathan Glynn (25) has commuted home regularly from New York in order to represent his county. His dedication to the cause has astounded pundits, supporters, and former players as he bids to help the Tribesmen win back-to-back titles.

There were emotional scenes in Croke Park, and in Irish bars all over the globe, when Glynn’s beloved Galway ended a 29-year quest for hurling’s biggest prize last September.

Now he’s bidding to prevent Limerick, playing in their first final for 11 years, from ending their own 45-year famine.

Remarkably, the 6’5” attacker manages to combine sport at the highest level in Ireland, playing in front of thousands of fans on Sunday afternoons, with a full-time job as a project manager for construction company Topline Drywall in New York.

Glynn moved to New York on a working visa after Galway lost the 2015 All-Ireland final to Kilkenny, but returned home sporadically throughout last year’s successful campaign after team manager Micheal Donoghue invited him to rejoin the county panel.

It helps that his employers are two Leitrim men, Jonathan Kenny and Padraig McGourty, who understand what it means to a young Irish man to represent his county at the highest level.

“If Galway ring you to come home, you’re not going to turn your nose up at it,” he said after last year’s triumph. “Galway is my county, that’s where I grew up, you’re never going to tell them to go away.”

Jonathan Glynn to commute from New York to play with the Galway hurlers. Will he get the 65c a mile mileage allowance?

He trains hard and regularly flies back for two or three days of work in New York between games. His girlfriend, Serena, has shown great understanding since they decided to try out a new life in the US three years ago.

Glynn, a towering attacker with a great eye for the ball and a lethal swing, has become a far more important member of the team in 2018 than he was last year.

His unique transatlantic lifestyle has been complicated by the draws against Kilkenny and Clare which have seen the Tribesmen play an unprecedented eight games on their way to the final. He has had to schedule in two extra games to his summer travel plans.

In the 1980s, Galway needed to win just eight games to win three All-Ireland titles, underlining how much more dedication there is from the modern players.

Whereas most neutrals would love to see Limerick win their first title since 1973, former Galway captain Conor Hayes – who won titles in 1980, ‘87, and ‘88 – believes that Ardrahan native Glynn will have a huge role to play in Sunday’s eagerly awaited decider.

The huge number 12 has proved a handful to opposing defenders all summer, despite his crazy commutes from the United States, and he has completely altered the style of a Galway team which earned a reputation for long-range shooting last year.

Now the players “lash the ball up to Johnny Glynn,” for him to cause havoc near the opposing goals.

Galway had to endure extra-time and a replay against the spirited underdogs from Clare in the semi-final, with Glynn’s goal in the Semple Stadium rematch proving to be the deciding score.

“I don’t know how he does it and he’s doing it well, to be fair to him,” says Hayes. “He’s such a key man for Galway and I think he is going to be a key man again on Sunday. He hadn’t been in their plans up to last year, but this year he has given Galway a completely new option which is throwing other teams off their game plans.

“If you see this huge lad coming in on top of you, how do you manage him? Look at the size of him! This lad can catch a ball and he can maneuver. He will cause a problem to Limerick and he has caused problems due to his height and strength against Kilkenny, Clare and Wexford. He got a vital goal against Clare in the replay which turned out to be a crucial score. He has given Galway a serious option up front that they didn’t have last year. He might have anticipated going back to New York, but he had to stay on for the two replays.”

Hayes, who is a civil engineer, admits that it can be difficult for a top-class hurler to juggle career and sporting commitments. In his opinion, modern hurlers are far more dedicated than their 1980s equivalents.

Hayes remembers working in Cork, about three hours from Galway training sessions, during his own playing days. He found all the traveling home for training sessions tiring and is simply astounded by Glynn’s dedication.

“But, sooner or later, the decision time is going to have to come to him. I don’t think he will be able to keep that up. He’s a fair operator, but it will catch up on him.”

The 82,300 tickets are like gold dust in both competing counties and the game will be watched on television by millions of Irish people across the globe. Many fans will also fly home to be part of the biggest game of the year, which is a rematch of the 1980 final when the Tribesmen defeated Limerick to win their first All-Ireland since 1923.

Last year’s victory was hugely emotional for Hayes and all of the 1980s players as one of their teammates, legendary half-back and former Hurler of the Year Tony Keady, died in August just days after attending the semi-final victory over Tipperary at Croke Park.

One of the finest hurlers of his generation, Keady will always be remembered for an “Affair” which bore his name and cast a shadow over Galway’s bid to win three All-Ireland titles in a row back in 1989.

Like Glynn, Keady’s name will always be associated with New York when people talk about Galway hurling.

After winning the Hurler of the Year accolade in 1988, Keady went to New York with the ‘All-Stars’ team in May 1989. At a time of huge unemployment and emigration from the West of Ireland, Keady liked it so much that he decided to stay on in the Big Apple.

Galway, outside the provinces of Leinster and Munster and with no provincial rivals, only needed to win two games to capture the All-Ireland title and Keady’s plan was to return to Ireland in time for the semi-final that August.

In the late 1980s, it was normal for Ireland’s best hurlers to travel back and forth from New York and Boston to play big club games. Players were often offered jobs or financial inducements and the Gaelic Athletic Association (GAA) tended to turn a blind eye to these informal transatlantic arrangements.

Keady, then aged 25, was persuaded to take part in a club game in New York against a team which contained a number of Tipperary exiles. He played under his brother’s name, but it was no surprise that supporters at the game recognized the Hurler of the Year.

Tipperary were Galway’s main rivals back in Ireland at the time, having lost the 1988 final to the Tribesmen, and a Tipperary man in New York objected to his presence. He was suspended for two games in New York, but this became a 12-month ban when word reached the Games Administration of the GAA.

The ‘Tony Keady Affair’ as it became known cast a huge shadow over that year’s All-Ireland semi-final, with Galway even threatening not to play the game in Croke Park at one stage. Tipp beat Galway and went on to beat Antrim easily in the final.

What's different about @Galway_GAA this year?

... The strength, touch, and power of Jonathan Glynn.

The only man who commutes from New York to play in Croke Park! @TribesmenGAA #GaillimhAbu https://t.co/PPhTHxy22f

Nobody understood why Keady was the only player to be suspended, as a Tipperary player had also done the exact same thing but ended up playing in the fractious semi-final.

The old animosities between the two teams healed to such an extent that the entire Tipperary team of the 1980s attended Keady’s funeral.

No doubt, almost three decades on, Keady would be hugely impressed that a 25-year old from South Galway is commuting home to represent the Tribesmen in an All-Ireland final – thankfully free from the controversy which marred the 1989 Galway team’s bid for sporting immortality.

The All-Ireland Hurling Final between Galway and Limerick takes place at Croke Park, Dublin, on Sunday at 3.30pm Irish time. It is being screened live on https://www.gaago.ie/ and in all good Irish bars all across the globe.

Ciaran Tierney is a journalist, blogger and digital storyteller, based in Galway, Ireland. Find him on Facebook here.