Jack B Yeats' painting won a silver medal at the 1924 Summer Olympics in Paris, France. He holds the honor of being Ireland's first medalist at the Olympic Games. 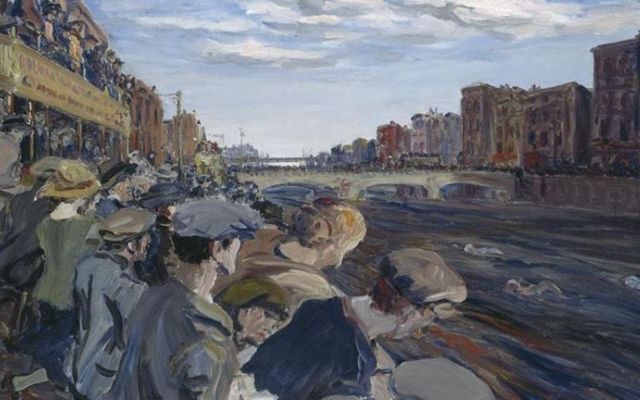 It may come as a surprise to hear, but Olympic medals weren't always handed out for sports achievements.

Irish man Jack B Yeats' painting titled The Liffey Swim won a silver medal in the arts and culture category at the 1924 Summer Olympics in Paris, France.

Yeats', the brother of Irish poet W.B Yeats, holds the honor of being Ireland's first medalist at the Olympic Games.

The International Olympic Committee was founded by  Baron Pierre de Coubertin and inspired by the ancient games held in Olympia, Greece.

Known as 'The Father of Modern Olympics', Coubertin's main ambition was to place sport at the center of French social and cultural life.

He also saw the arts as being equal to sports leading to art competitions being part of the Olympic program from 1912 to 1948, (it was eventually discontinued due to concerns about amateurism and professionalism).

The arts section was broken down into five categories: architecture, literature, music, painting for works inspired by sport-related themes.

The Liffey Swim oil painting features spectators watching the race as the swimmers are approaching O’Connell Bridge. The man wearing the brown fedora is thought to be Yeats, and the woman in the yellow hat, his wife Cottie.

Yeats' entry was referred to in the official Olympic report as Natation (Swimming), but possibly through a loss in translation, the official title of the painting is The Liffey Swim.

The Liffey Swim itself was first held in 1920 and attracted huge crowds annually along the banks to watch the mile-and-a-half swim from Victoria Quay to Butt Bridge.

Today the painting can be viewed in the National Gallery of Ireland in Dublin.