A man in Dublin reportedly set off a carbon monoxide alarm by farting after a "rake of pints" on St. Patrick's Day. 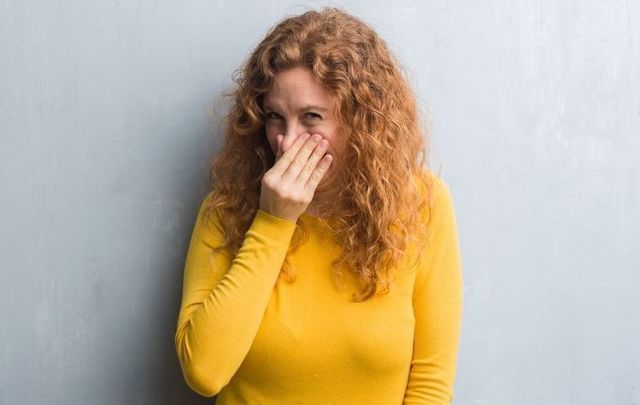 Is this the best post-St. Patrick's Day hangover story ever?

An Irishman’s fart allegedly set off the carbon monoxide alarm in one couple’s Dublin apartment following a  St. Patrick's Day "rake of pints", in 2019.

On March 18, Ziz O’Beirne shared in what is now a viral tweet that her "boyfriend set off our Co2 alarm after a fart.”

My boyfriend set off our Co2 alarm after a fart.

Now we have a man dressed as a ghost buster from Gas Networks Ireland roaming around our apartment at 7AM on a Bank Holiday Monday.

Is this what happens when you live with a boy? Help pls.

O’Beirne blamed the embarrassing situation on her boyfriend’s “rake of pints” the night before.

This man is now going around our apartment block waking up our neighbours and checking their boilers.

Good to be cautious but deep down I know the cause of this whole ordeal was a rake of pints and an alarm that was too closely placed to my boyfriend's side of the bed.

O’Beirne explained that Gas Works Ireland responded to the alarm and had to do a walk-through of their apartment, as well as their neighbors.

That’s one way to shake off a St. Patrick’s Day hangover!

Of course, plenty of people replied saying that her story was too good to be true, to which O’Beirne admitted there was no way to prove her tale.

Just to confirm,I have no accurate way of showing that his fart literally set off the alarm.Its just a ridiculously close coincidence that they both followed one another

Gas Networks confirmed the story to Dublin Live: "Gas Networks Ireland received a call at 06.25h on Monday morning (18 March) at an apartment complex on the Black Glen Road in Sandyford.”

"Our fitter arrived on-site at 06.55h and following a detailed inspection, confirmed that there was no trace of Carbon Monoxide (CO) present."

"While these alarms effectively detect elevated CO levels, information provided in the accompanying leaflet (enclosed with each new alarm) indicates that some are also susceptible to reading elevated levels of hydrogen in the ambient air. CO alarms are not triggered by smell.”

"Gas Networks Ireland is pleased that this call may potentially have been caused by a classic case of hot air.  Our dedicated emergency response crews continue to respond to all publicly-reported escapes of gas on a 24/7 basis."

So, how was your St. Patrick's Day hangover? Share in the comments!