What the IrishCentral Book Club Facebook group is reading during quarantine

As COVID-19 continues to see most of us staying safe at home we asked the IrishCentral Book Club Facebook group their favorite Irish books. 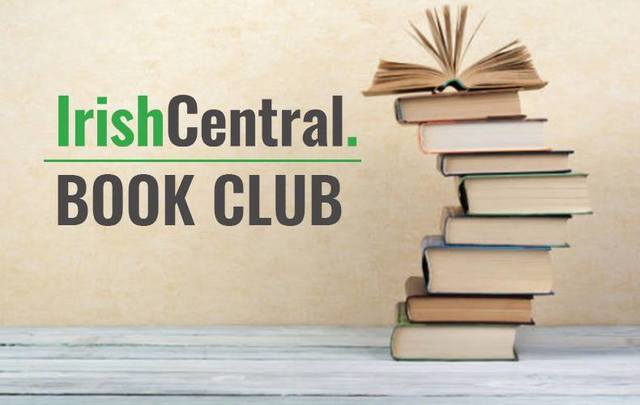 As COVID-19 continues to see most of us staying safe at home we asked the IrishCentral Book Club Facebook group their favorite Irish books.

It seems that during these times of coronavirus quarantine we're all getting more time to do things, like read, that our usual frantic lives leave little for. We asked our 5,116-strong IrishCentral Book Club Facebook group for some recommendations.

Last week we asked them: "What have been your favorite Irish books of the last year? We'd love to know and put together a list for everyone, staying safe at home. ???"

Below are some of their wonderful responses! Happy reading!

The Immortal Irishman: The Irish Revolutionary Who Became an American Hero, by Timothy Egan

The Immortal Irishman: The Irish Revolutionary Who Became an American Hero, by Timothy Egan.

"A dashing young orator during the Great Hunger of the 1840s, Thomas Francis Meagher led a failed uprising against British rule, for which he was banished to a Tasmanian prison colony for life. But two years later he was "back from the dead" and in New York, instantly the most famous Irishman in America.

"Meagher's rebirth included his leading the newly formed Irish Brigade in many of the fiercest battles of the Civil War. Afterward, he tried to build a new Ireland in the wild west of Montana - a quixotic adventure that ended in the great mystery of his disappearance, which Egan resolves convincingly at last."

When All is Said, by Anne Griffin

When All is Said, by Anne Griffin.

"If you had to pick five people to sum up your life, who would they be? If you were to raise a glass to each of them, what would you say? And what would you learn about yourself, when all is said and done?

"This is the story of Maurice Hannigan, who, over the course of a Saturday night in June, orders five different drinks at the Rainford House Hotel. With each, he toasts a person vital to him: his doomed older brother, his troubled sister-in-law, his daughter of fifteen minutes, his son far off in America, and his late, lamented wife. And through these people, the ones who left him behind, he tells the story of his own life, with all its regrets and feuds, loves and triumphs."

This Is Happiness, by Niall Williams

This Is Happiness, by Niall Williams.

"Change is coming to Faha, a small Irish parish unaltered in a thousand years.

"For one thing, the rain is stopping. Nobody remembers when it started; rain on the western seaboard is a condition of living. But now – just as Father Coffey proclaims the coming of the electricity – the rain clouds are lifting. Seventeen-year-old Noel Crowe is idling in the unexpected sunshine when Christy makes his first entrance into Faha, bringing secrets for which he needs to atone. Though he can't explain it, Noel knows right then: something has changed.

"As the people of Faha anticipate the endlessly procrastinated advent of the electricity, and Noel navigates his own coming-of-age and his fallings in and out of love, Christy's past gradually comes to light, casting a new glow on a small world."

Read more: The major role of gay women in the 1916 Easter Rising

The Woman at 72 Derry Lane, by Carmel Harrington

The Woman at 72 Derry Lane, by Carmel Harrington.

"Take the warmth and wit of Maeve Binchy and the secrets and twists of a Liane Moriarty and you get the utterly original and compelling voice of Carmel Harrington, a voice that has captured the hearts of readers around the world.

"Set on a beautiful leafy street in Dublin, the novel explores the unlikely friendship between two neighbors. Beautiful, serene Stella, who appears to have it all, and gruff, bad-tempered Rea, who seems to have lost it all…including her marbles, if you believe the neighborhood gossip.

The House Children, by Heidi Daniele

The House Children, by Heidi Daniele.

"In 1937, Mary Margaret Joyce is born in the Tuam Home for unwed mothers. After spending her early years in an uncaring foster home, she is sentenced by a judge to an industrial school, where she is given the name Peg, and assigned the number 27.

"Amid one hundred other unwanted girls, Peg quickly learns the rigid routine of prayer, work, and silence under the watchful eye of Sister Constance. Her only respite is an annual summer holiday with a kind family in Galway. At the tender age of thirteen, Peg accidentally learns the identity of her birth mother.

"Peg struggles with feelings of anger and abandonment, while her mother grapples with the shame of having borne a child out of wedlock..."

The Great Hunger 1845 to 1850 - A route Map of the travels of Phelm Griffin during this time. Millions of Irish men, women, and children died in what can only be described as ethnic cleansing. Most of the incidents are authentic but given fictitious names as no individuals were ever recorded. Only satistical records preserve them.

"In this sweeping and powerful epic, the journey begins in the 'terrible beauty' of Northern Ireland during a time when conflict reigns and no one is spared from tragedy and sorrow, the time known as The Troubles.

"It is the spring of 1968 in Belfast and James Kirkpatrick has just lost his father under suspicious circumstances, Casey Riordan is released from prison after five years and Pamela O'Flaherty has crossed an ocean and a lifetime of memories to find the man she fell in love with as a little girl.

"All three lives are on a collision course with each other against the backdrop of the burgeoning civil rights movement and a nation on the brink of revolution."

Read more: Irish books that will change you