An Irish toddler has gone viral on Twitter simply for munching on her favorite snack. 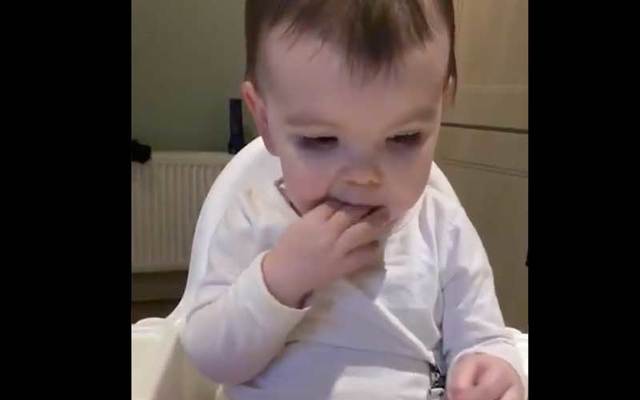 An Irish toddler has gone viral on Twitter simply for munching on her favorite snack.

A video of Lena Wilhare, a 21-month-old from Donegal, happily eating her way through a pile of mussels has made her an internet sensation. So far, more than 85,000 people have viewed the 45-second clip.

It’s not surprising this adorable little girl likes mussels. The Irish Times reports that her grandparents, along with her dad, Johnny, and uncle, Cahir, run Mulroy Bay Mussels. just outside Letterkenny.

Read More: Video of Irish boxer on vacation in Turkey fighting off a group of men goes viral

Lena’s mother Helen says they introduced Helen to a range of foods at an early age.

“Lena loves her food, and right from the moment she wakes up and asks for her porridge, she will happily eat whatever she is given,” Helen says. “We made a conscious decision to adopt baby-led weaning, and she always eats what Johnny and I do, whether it’s mussels, curry or chilli con carne.

“She probably has mussels once a week, after going out with Johnny [to the family farm] to get a big bag, which we cook and serve just as they are – because, being straight out of the ocean, they need nothing else.

Read More: Toddler joins in with Irish dancer on the streets of Galway (VIDEO)

“Of course she still loves her chocolate buttons – who doesn’t? – but I do think that by introducing them to different foods early on, they are more likely to eat what is put in front of them.”