Irish pub of the month: Harry Byrne's in Clontarf, Dublin

This north Dublin pub recently scooped local pub of the year at the 2019 Irish Pub Awards and is worth a visit for anyone looking for that authentic Irish pub experience. 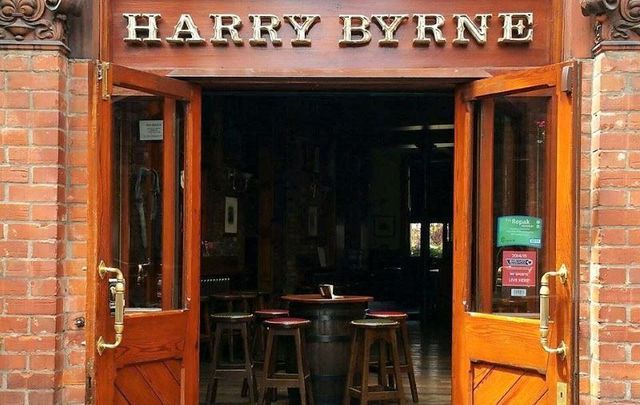 Harry Byrne's in Clontarf scooped the Local Pub of the Year award for 2019. Harry Byrnes, Facebook

Harry Byrne's in Clontarf, Dublin is a must-see

Irish people and pubs go hand in hand. They feature on almost every street in towns, pubs and villages throughout the Emerald Isle and the image of a pint has become synonymous with that of an Irish man or woman.

Read More: When an Irish pub locks you in then the real fun begins

Ireland is home to over 7,000 pubs, ranging from vast, modern establishments to traditional family pubs - each a paragon of Irishness and a microcosm of Irish society.

With that in mind, choosing the right pub can be a strenuous task, so we've decided to launch IrishCentral's 'Pub of the Month' series.

The inaugural award goes to a Dublin-based pub - Harry Byrne's of Clontarf.

The pub was recently awarded the Local Pub of the Year award at the 2019 Irish Pub Awards and it is a traditional Irish pub steeped in history.

More than 200 years old, Harry Byrne's has had a multi-named history.

It was first established in 1798 - the year of the famous rebellion - as a coaching inn capable of holding up to 12 travelers at a time.

It later changed hands between several families before finally being acquired by the eponymous Harry Byrne in 1947.

Now, the pub stands as a relic to the traditional Irish pub, but also offers customers modern experiences, such as craft beers on tap and comfortable seating.

The knowledgeable publicans of Ireland deemed that Harry Byrne's best represented the values of a local Irish pub and who could blame them.

With a large smoking area and beer garden, it is ideal for a summer drink or a large event. Tastefully decorated and servers of a fine pint of Guinness, Harry Byrne's is a deserving winner of pub of the month for February.

So why not get down there for one of Ireland's Six Nation's rugby matches in February or March? There is sure to be a lively atmosphere and a good pint awaiting you.

Do you have an Irish pub you want to nominate to be featured on IrishCentral? Email us at Editors@IrishCentral.com!