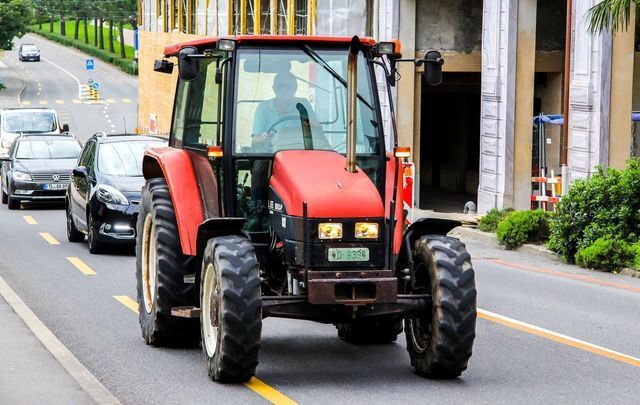 Derry City may currently have been taken over by ghouls and goblins for their massive annual Halloween festival but night owls in the city in the north of Ireland may have received more of a shock last August to see a tractor rolling down their streets.

An 18-year-old agricultural worker from Co. Donegal was found guilty this week of two motoring offenses for taking his tractor out for a midnight drive in Derry City last August 16.

But it wasn’t for any runaway livestock that the teenage farmhand was on the hunt but for a local woman who might have a fondness for a man with plenty of road frontage (i.e. the amount of land you own close to a road, a now often jokingly used term to describe someone’s potential as a future significant other).

Anthony Breslin from Gortnaskeas in Burnfoot was stopped by the police after he had been spotted driving his tractor around the city center through Foyle Street, Shipquay Street, Ferryquay Street, and Orchard Street just before midnight in mid-August.

When questioned about why he was bringing such an unsuitable vehicle into the city, Breslin told police that he was "using it for social purposes in that he was driving around the city center to see if there were any women about.”

As a learner driver, not only did Breslin not have his “L” plates on display but he was not accompanied by a qualified driver, making him guilty of two motoring offenses in this late-night look for love.

Have you spotted a tractor somewhere you didn't expect before. Image: iStock.

"He admitted the offences to the police and told them he was stupid. He also told the police he was using the tractor for social reasons rather than for agricultural reasons,” a solicitor for the Public Prosecution Service told District Judge Michael Ranaghan.

Breslin was not present in court but has been asked to appear in two weeks time for sentencing.

Have you ever had a strange encounter with a tractor in Ireland? Let us know about it in the comments section, below.