Co. Tyrone farmer Ashley Farrell employs the help of his cattle to carry out this very special wedding proposal. 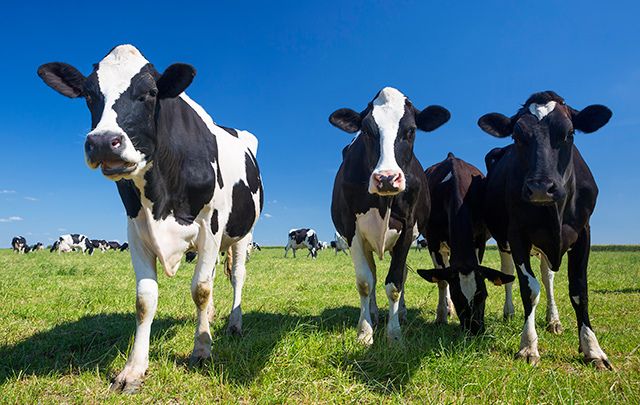 Co. Tyrone farmer Ashley Farrell employs the help of his cattle to carry out this very special wedding proposal. iStock

While some of the extreme lengths that men go to in proposing to their significant other may be a pile of bull, this effort from an Irish farmer is udder-ly fantastic.

As many of us know, if you marry a farmer, you pretty much marry his farm as well, which may explain why beef farmer Ashley Farrell, from Fivemiletown, Co Tyrone, thought the best way to tell the love of his life Anna Martin that he wanted to marry her was to use the most important thing at his disposal: his cattle.

It takes a lot for a farmer to tamper with his herd, but when the moment called for it, Farrell grabbed the spray paint can to brand his proposal onto the side of one of is favorite cows.

Farrell has been in a three-year relationship with trainee teacher Martin from Dromore, Co. Down and she is said to have been shocked to find the message awaiting her as she entered one of the sheds.

Milking his special moment as much as he could, Farrell was, of course, down on his knee as soon as she turned around, ready to officially pop the question.

"They'd planned to go shopping on Christmas Eve as Anna was off work and Clogher Mart wasn’t on, so Ashley had some free time,” Martin’s friend Emma Wilson explained to the Irish Mirror.

“He told Anna to pull on some boots to go to see a calf that he had bought her for Christmas.”

"I went outside and saw a small calf (a velvet Belted Galloway cross),” Martin told the BBC, “but thought something was up because if he had the calf from November then it should be bigger than that.

"Then, before I could open my mouth, it turned around and the words 'Marry me' were painted on the side of it.

"I turned around and Ashley was on one knee with the ring in his hands and I, of course, said yes".

Martin already appears to know her way around the cattle, but she did initially moo-t whether Farrell was able to come up with this beefed-up proposal plan all by himself.

"He is not usually the romantic type, but he thought of this one himself,” she said.

"I should have given him more credit but he is your typical farmer so I was really surprised that it was his idea."

The pair is believed to be now planning a wedding for 2018.