The ancient tradition of Irish door dancing was a friendly competition that involved a door laid on the ground, four glasses of water, and one nimble dancer! 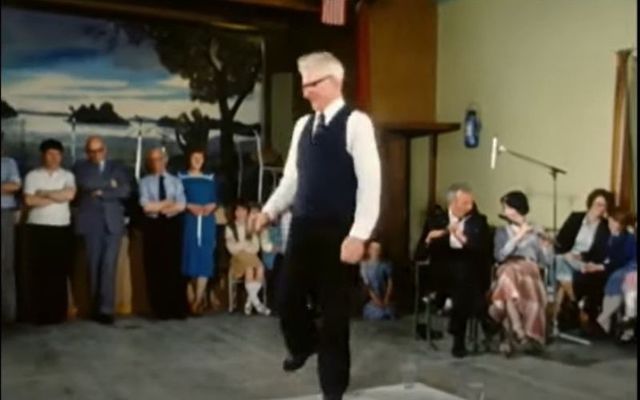 Have you ever heard of Irish door dancing? This unique friendly competition amongst friends sounds like a lot of fun!

The tradition of Irish door dancing was explained by Josie McDermott, a blind traditional Irish musician from Co Roscommon, in a 1981 episode of the Irish television show "Hand Me Down."

The dance involved a door being taken off its hinges to provide a flat surface for dancing and four glasses filled with water are then placed on each corner of the door.

A group of sean nós dancers would then take a turn to show off their skills within the narrow confines of the dance surface. The person to spill the least amount of water was the winner of the competition.

"You see in the old houses they only had a mud floor... so when there would be a gathering of people or any kind of a function like gathering hay or digging spuds, what they used to call a 'Meitheal', they would have a dance that night and the set dancers would be asked to dance and the door would be taken down for him to dance on," explained McDermott.

"If there were two or three dancers who were very good and they weren't able to decide who was the best they would put at least four glasses around each corner.

"Whoever was able to do his dance the best and knock out the least amount of water out of the glasses was the winner of the competition."

Sean nós, meaning "old style" in Irish, is an older style and more casual form of traditional solo Irish dance, as opposed to the more formal and competition-oriented form of Irish stepdance.

According to RTÉ Archives, McDermott lost his sight in the 1960s and lived as a blind man for 30 years. He was a versatile musician and continued to play a wide range of instruments until his death.

If you ever take the notion, why not celebrate this unique Irish tradition and try door dancing at home? Though maybe save yourself the hassle of taking your door off the hinges and just use a plank of wood!