The best of the best! Irish Book Awards 2021 winners revealed

Sally Rooney, Fintan O'Toole, and Louise Nealon are among the winning authors of the An Post Irish Book Awards 2021. 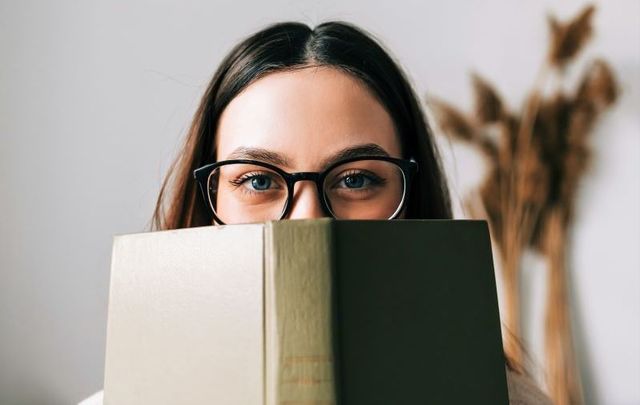 The winners of the An Post Irish Book Awards 2021 have been announced. Getty Images

Whether you are looking for Christmas gift inspiration or just need a good book to cuddle up with on those cold winter nights, these Irish Book Award winners are a sure bet.

The An Post Irish Book Awards 2021 ceremony revealing this year's winners was broadcast online via RTÉ on November 23:

The shortlist for Novel of the Year included "Small Things Like These" by Claire Keegan and "The Magician" by Colm Tóibín.

The 2021 Non-Fiction Book of the Year award went to Fintan O'Toole for "We Don’t Know Ourselves: A Personal History of Ireland Since 1958."

And impressively, for the third time in four years, co-authors Emer McLysaght and Sarah Breen won the Popular Fiction Book of the Year, this time for the fourth book in their bestselling "Aisling" series, "Aisling and the City."

Louise Nealon was voted Newcomer of the Year for her debut "Snowflake," while Catherine Ryan Howard won the Crime Fiction Book of the Year for "56 Days," a book set during the lockdown.

Rugby star Keith Earls took home the Sport Book of the Year award for  his autobiography"Fight Or Flight: My Life, My Choices."

Kennys Bookshop and Art Gallery in Galway was named the Bookshop of the Year, a new category created this year.

The An Post Irish Book Awards, which began in 2006, is now Ireland’s biggest literary celebration. The awards showcase a diverse mix of exceptional writing from new and established Irish writers across 20 categories, reports TheJournal.ie.

This year the awards attracted more than 187,500 votes from the public, up 33 percent from 202. The votes are weighted equally with those of an academy of 300 booksellers, librarians, authors, reviewers and journalists.

John Treacy, chairperson of the awards, said: “We really are so lucky to have such marvelous writers in this country. We have so many promising young writers, more women writers than ever, writers representing minority and marginalized Irish communities, and this will only grow in the years to come.

"I’d like to congratulate all of the winners and also the nominees in every category. It’s been another great year for Irish literature.”

But there's still more in store - there are six books in the running for this the Irish Book of the Year award, the winner of which will be announced in a one-hour special on RTÉ One on December 8.

Novel of the Year
"Beautiful World, Where Are You" by Sally Rooney

Sport Book of the Year
"Fight Or Flight: My Life, My Choices" by Keith Earls, with Tommy Conlon

Newcomer of the Year
"Snowflake" by Louise Nealon

Non-Fiction Book of the Year
"We Don’t Know Ourselves: A Personal History of Ireland Since 1958" by Fintan O’Toole

Biography of the Year
"Did Ye Hear Mammy Died?" by Séamas O’Reilly

Cookbook of the Year
"Everyday Cook" by Donal Skehan

Children’s Book of the Year (Junior)
"A Hug for You" by David King, illustrated by Rhiannon Archard

Children’s Book of the Year (Senior)
"The Summer I Robbed a Bank" by David O’Doherty, illustrated by Chris Judge

Author of the Year
Marian Keyes

Short Story of the Year
"Little Lives" by Deirdre Sullivan

Irish Poem of the Year
"Longboat at Portaferry" by Siobhan Campbell

Bookshop of the Year
Kennys Bookshop and Art Gallery, Galway