The Donegal County Council has granted planning permission to the Narin, Portnoo, and Rosbeg Co-operative to build the facility at the Dolmen Centre in Ballymackilduff. 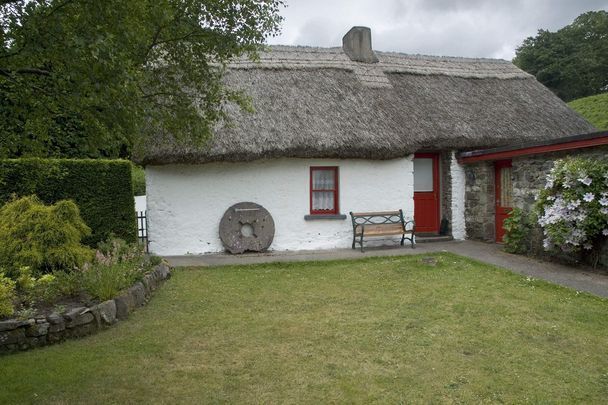 The Donegal County Council has granted planning permission to the Narin, Portnoo, and Rosbeg Co-operative to build the facility at the Dolmen Centre in Ballymackilduff.

The group says the course will be the first of its kind in Ireland.

Donegal has the highest concentration of thatched houses in the country, according to a report in local publication Donegal Daily.

Inishowen, a peninsula in north Donegal, has the highest concentration of thatched homes in the county.

The timely launch of the course comes at a time when traditional Irish cottages are more frequently undergoing restorations to include a re-thatched roof.

Traditional thatched cottages, like shamrocks and harps, are among the iconic symbols of Ireland and are synonymous with the Irish countryside.

With no training available in Ireland, many wishing to learn the ancient craft are forced to turn to the United Kingdom where they can avail of residential and non-residential courses.

The thatched style can vary greatly and is highly dependent on local climates, meaning each county in Ireland has its own unique styles.

Thatched roofs typically last between 12 and 18 years before they need to be replaced and rethatched.

Ireland's first-ever thatched school will follow in the footsteps of its first-ever traditional weaving course, which was launched in Kilcar, County Donegal, last year.

A number of people have enlisted in the Donegal Education and Training Board course and will become the first-ever accredited hand weavers in Ireland when they complete the course.

The course seeks to revive the traditional weaving skill,  which helped textile companies in Donegal to flourish for more than 100 years.