Looking for something to pass the time while on the bus during your tour of Ireland? Why not pick up an Irish classic or two at these great Irish independent bookshops. 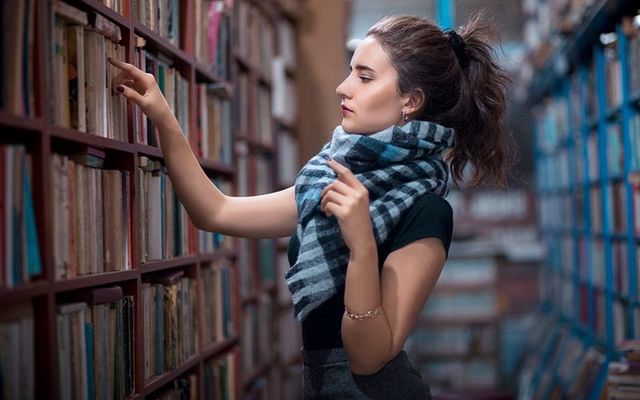 Where are the best independent bookstores in Ireland? iStock

This week marks Independent Bookshop Week in Ireland from June 16 until June 23. To celebrate we look at the very best Irish indie bookstores from Dublin to Cork to Belfast.

It’s hard to drag yourself away from the tourist sites when you’re in Ireland but if you find yourself with long hours on a coach, taking some time out of your busy itinerary to pick up some reading material is highly recommended. Luckily, many Irish cities and towns have great independent bookstores that could offer up a hidden treasure to make your journey pass all the more quickly.

In honor of Independent Bookshop Week from June 16 until June 23, we spoke to Tomás Kenny, the General Manager of Kenny's Bookshop in Galway to find out more about the independent bookstores of Ireland. Looking to visit one yourself? You'll find our top picks, below.

When did Kenny's Bookshop first open?

Kennys Bookshop was opened in 1940 by my grandparents, Des and Maureen Kenny. It operated out of the front room of a shop in High Street, Galway, and eventually spread to the entire three-story building. Now we operate out of two big buildings, one a bookshop and the other a warehouse. We have 500,000 books in our shop and ship thousands of books all over the world every week!

What has been the biggest challenge in keeping an independent bookstore like Kenny's going all this time?

The main challenge is trying to compete online with behemoths like Amazon. Our experience and knowledge help to mark us out as different, and our prices are really cheap, often cheaper than Amazon – but people default to their site rather than ours, and it is difficult trying to get people to be aware of us!

How has Kenny's adapted to the changes in the market and moves away from print?

The moves away from print, though worrying, are exaggerated. Book sales are still really strong. We concentrate on what we can control – for example, we offer free shipping anywhere in the world from our website, www.kennys.ie. This marks us apart from a lot of the big corporations, and also means that our price is what you see on the page – there are no hidden costs.

Why are independent bookstores important?

They are important for so many reasons! Mainly though, they tend to be part of the community in ways that chains are not – they promote local authors and publishers, and they also have great knowledge. Between all our staff in our shop, we have over 300 years of bookselling experience – which is hard to replicate in a big chain.

What is your favorite memory of working in Kenny’s?

A lady rang me once to say that when her husband's father was dying he gave her (then very young) husband a book with a letter inside it telling him about how he should live his life, and how much he loved him. Decades later when moving house this lady inadvertently sent this book to auction instead of to their new house. She rang us about 20 years afterward saying she had never been able to locate another copy of the book, and that it would mean so much to her husband to see just a regular copy of the book again. As it happened we had a copy and I sent it on to her. She rang back the next day in tears, as it had been her husband’s original copy, with the letter from his father still inside. That was a lovely day!

Any book recommendations for us?

The last year has seen a lot of great books published – but my personal favorites are "Problems" by Jade Sharma (Tramp Press) and "The Cow Book" by John Connell (Granta). "The Cow Book" is a memoir of a year spent on the family farm by a returning emigrant, but it is so much more than that – it is a beautiful evocation of a changing Ireland, of its nature, and of family. It is exquisitely written, and a must-read. Jade Sharma’s book is incredible and visceral. A woman dealing with heroin, a dull husband and an affair narrates us through her life. She is unflinching, and so to the point that it is startling.

For almost eight decades, Kenny’s Bookshop in Galway has been one of the country’s most prominent independent bookshops. First opened in 1940, the family-run business is now in its third generation. Selling new, used, out of print, rare and antiquarian books, they stock over half a million new and second-hand books. They also sell with free shipping on their online store, being the second bookshop anywhere in the world to set up their own website.

Book or movie: which is better? We know what our answer is, but we may be biased.... #DarkTower #stephenking #darktowermovie

Ireland’s largest independent bookstore Chapter’s was first established in 1983 in Dublin City center. Now located on Parnell Street, the two-floor store sells an extensive range of books, music and DVDs, both new and second hand, as well as thousands of bargain-priced titles.

Welcome to Veronica and her team who are now running the new café upstairs in The Book Centre, Waterford. Please call in and visit 'Veronica's Cafe' for a perfect coffee and some delicious food while experiencing the unique and relaxing atmosphere of The Book Centre. #Waterford #Cafe #bestcafeintown

This family-owned business first opened in Waterford in 1971 but now holds locations in Wexford, Kilkenny and Naas in Co. Kildare. Each of their stores is unique but offer in-store cafes and a range of books. Their Waterford store, in particular, is housed in the old Art-Deco-styled Savoy Cinema which was built in 1937. You can even see the screen, stage, ceiling and many other cinema features still inside the store!

First opened as a small bookshop in 1991 in Macroom, Co. Cork, founder Joan Lucey decided that she needed a new challenge and so headed to Cork City. The city now holds two Vibes and Scribes locations as Lucey expanded to include arts and crafts supplies to complement the books. The location on 21 Lavitt's Quay, Cork, in particular, holds a great range of bargain books.

We have a stack of secondhand Terry Pratchett books taller than Michaela... #terrypratchett #bookstagram #bookstagram

Charlie Byrne’s is an institution located in the heart of Galway City and stocking over 100,000 new, bargain and secondhand books on subjects ranging from literary fiction to Irish interest to art. Charlie Byrne first began selling second-hand books in 1989 from a market stall in the city but by the end of the year had signed a lease for his own premises.

The oldest store on our list, O’Mahony’s was first established in Limerick City in 1902 by J.P.O’Mahony, grandfather of the current owner Frank. Still trading from the same location, a second store has been opened at the University of Limerick and a third and fourth in Tralee, Co. Kerry, and Ennis, Co. Clare.

Once again, Kate has managed to plant and prune the perfect Book Tree.

Northern Ireland's only specialist crime bookstore No Alibis specialize in crime fiction and American studies publications. Located on Botanic Avenue in the center of Belfast, whether you’re looking for a true life or fictional crime story, a thriller, whodunit, mystery, police or detective story, this is the only option for you.

One of the oldest surviving independent bookstores in Dublin, the front part of the Winding Stair stocks new books while second-hand books can be found down the back. Grab a coffee or a glass of wine and perch yourself in the chairs by the front window to watch Dublin go by. Once you’ve picked up your books, head upstairs to the restaurant for some good old-fashioned home cooking.

Interested in learning more about Irish authors or Irish books? You can join our IrishCentral Book Club here for great recommendations and discussion.

Or you can read more stories under our special “Books” collection here.