How much is Conor McGregor worth? 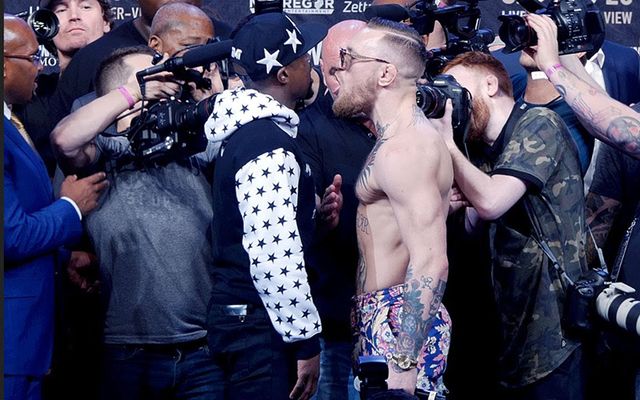 On August 26th Conor McGregor is scheduled to battle one of the greatest boxers of all time, Floyd Mayweather, in what is being dubbed “The Money Fight”. Since signing with the Ultimate Fighting Championship (UFC) in 2013, McGregor has quickly become the organization's biggest star which begs the question, how much is the Notorious one now worth?

McGregor has seen a meteoric rise over the past number of years, not only in terms of his notoriety but also in his bank account. In four short years since joining the UFC McGregor has become a fascinating rags to riches story, with an estimated net worth of $34m (€30.5m) for 2017, which is up roughly $12m (€10.2m) from the previous year.

When McGregor takes to the ring on August 26 in Las Vegas he is expected to earn at least $100m (€85m) regardless of the result. This will be McGregor’s largest payday of his career by far and doesn’t include endorsement deals and other bonuses he may be scheduled to receive.

Between McGregor’s skills inside the octagon and his ability to entertain outside of it, he has carved a path to stardom for himself with massive paydays becoming the first UFC athlete to make the Forbes Top 100 Rich List.

Mystic Mac is quoted as saying that he wants to make the number one spot on the list for 2018, a position which has been regularly held by his next opponent Floyd Mayweather. "I thought the Forbes list ran from January to December but it's July to July. I wanted the number one spot this year but I said I'd fight on December 30 so I'm still going to fight. I'm an active mother f*****."

McGregor has not seen action since his Championship winning performance at Madison Square Garden in November 2016, opting to take a break from fighting to focus on other aspects of his life like the birth of his first child and personal business ventures.

McGregor has been working on his own clothing line with Californian based tailor David Heil, founder of David August. Speaking during the recent media tour to promote his upcoming fight, where he donned the infamous ‘f**k off’ pinstripe suit, McGregor was eager to divulge his latest project.

"My suit says 'f*** off' on the pinstripe — that's a cracker. My suit tailor David August came up with a line of suits; August McGregor. It's not just suits, it will be clothes right down. Jeans, pants, the whole lot. They'll be in retail stores and we'll build an online shopping site to rival Net-A-Porter, who makes $66 million profit a year. I love fashion and I get to design clothes. It's like fighting, it's all about the small details."

President of UFC Dana White has also said he is open to the idea of allowing McGregor a stake in the organization, something McGregor has been vocal about wanting for the past year. Conor McGregor has come a long way in four years from when the former plumber was fighting for Cage Warriors and other MMA organizations in small venues across Ireland and England, as well as collecting social welfare. Now McGregor can pretty much write his own checks and he will surely increase his net worth dramatically no matter what happens on August 26.

The talking is nearly over, who you got?