Spike Milligan quotes to get you laughing on the anniversary of his death. 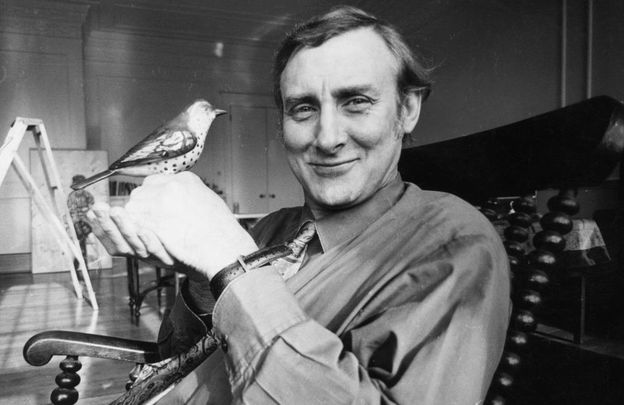 Spike Milligan: The man with the memorable epitaph, “I told you I was sick”, was a hero of comedy and chose his Irish passport. Getty

Spike Milligan quotes to get you laughing on the anniversary of his death.

Today, Feb 27, in 2002, the world lost a comic genius, the longest surviving member of the BBC’s famous “Goons” Spike Milligan, who was a World War II hero, author, and known worldwide for his humor. Brilliant he was a man born in India who chose his Irish passport.

Born Terence Alan Milligan to an Irish father and British mother, in India, “Spike” spent his formative years there but worked in the United Kingdom most of his adult life. In 1960 Milligan applied for British citizenship but was denied as he refused to pledge allegiance to the United Kingdom. When, in 1962, he automatically became a UK citizen due to a change in law, Milligan made the decision to become an Irish citizen.

His love for his chosen country was evident right up until his death in 2002. His coffin was carried to St Thomas Church in Winchelsea, East Sussex, draped in the Irish flag. His famous epitaph is also in Irish. Fittingly it reads: “Dúirt mé leat go raibh mé breoite," meaning “I told you I was sick.” It goes on to read “Love, light, peace” and “Grá mór ort Shelagh”, meaning “Great love for you Shelagh” referring to his wife.

Milligan was the co-creator, main writer, and principal cast member of “The Goon Show,” performing characters including Eccles and Minnie Bannister. He wrote several successful books including “Puckoon,” “Silly Verse for Kids” and a seven-part autobiographical account of his time serving during World War II. The first part is entitled “Adolf Hitler: My Part in His Downfall.”

What Milligan was really remembered for was his quick wit and wicked and often surreal sense of humor.

“My father had a profound influence on me. He was a lunatic. ”

“Many people die of thirst but the Irish are born with one.”

“Money can't buy you happiness but it does bring you a more pleasant form of misery.”

“I have a body of an eighteen-year-old. I keep it in the fridge.”

“A sure cure for seasickness is to sit under a tree.”

“Life is a long agonized illness only curable by death.”

“General: Where are you from?

“Life wasn't too bad. The trouble with Man was, even while he was having a good time, he didn't appreciate it. Why, thought Milligan, this very moment might be the happiest in me life? The very thought of it made him miserable.”

“The clock in the church tower said 4.32, as it had done for three hundred years. It was right once a day and that was better than no clock at all.”