Enter our competition and be in the chance of winning "Always Come Home", the new psychological thriller set in Ireland by bestseller Tom Richards - "don't scream, no one will hear you." 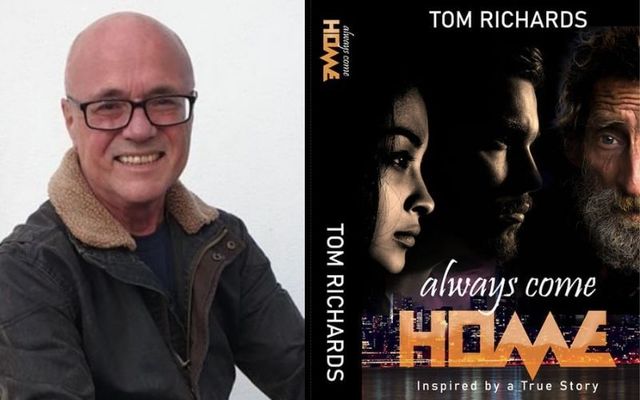 "Always Come Home", a new psychological thriller set in Ireland, is out now and we have copies to giveaway to some lucky IrishCentral readers!

Irish-American author Tom Richards is back with his latest novel and this time he has turned his hand to a different style of writing in this highly-anticipated new release titled "Always Come Home".

Set in 1982, on rural Bere Island, Ireland, 17-year-old David Bloom promises a future of happiness to his loving girlfriend. However, their plans shatter after a family tragedy that his father blames him for and David escapes unjustified accusations and haunting feelings of shame by fleeing to America.

Years later David, now in his late 40s, has unsuccessfully masked his internal conflict by submerging into the frantic pace of New York.

Living a pressurized life, David is hit by two events that shake him to the core: an accusation by his business partner that he has stolen $3 million and a letter received from a solicitor informing him of his father’s death.

His mental health spirals and after fleeing back to Ireland, David is eventually admitted to a psychiatric unit where he will only be released if he can silence the ghosts of his past. But with release pending and his ghosts still beckoning, he is forced to go back to a home that only exists in his wild imagination - don't scream, no one will hear you. 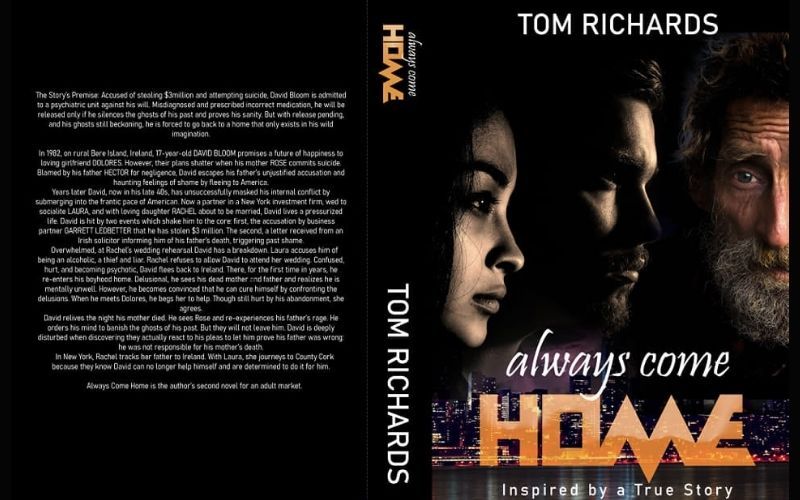 Author Tom Richards, originally from Chicago, Illinois, moved to Ireland in 1982 and his writing is inspired by his surroundings on the Beara Peninsula in West Cork.

"Always Come Home" is based on experiences from his own life and he tells IrishCentral the novel took him six years to write. "I didn't know how it was going to end when I started writing it", he explained.

Speaking about his creative process he compares the experience to songwriting, "I start with a chapter breakdown which is its own sort of song. You use that as a sort of a map but it can change direction and when you finally get to your final destination, you send it out to an editor and they polish it and give you a different destination and so forth. "

To be in a chance of winning a copy of "Always Come Home" by Tom Richards, all you have to do is fill in the form below:

** The competition is now closed **

Tom's previous novel "Dolphin Song", a stunning tale of romance, Irish legend and magic, proved highly successful and reached the #1 spot for new releases on Amazon US for 30 consecutive days.

He credits his close friend Liam O'Neill, a well-established Irish-American filmmaker, for encouraging him to put pen to paper and share the world of Dolphin Song. Liam sadly passed away from Covid-19 in May 2020 and Dolphin Song has become a cherished novel that reminds Tom of the friendship they had.

Tom plans to release a number of other projects later this year, including an anthology of short Irish stories and poetry, plus a young adult novel and more.

You can keep up to date with the latest news on Tom Richard and buy your copy of "Always Come Home", available in Kindle eBook and Paperback Print format,  at www.tomrichards.ie