HBO has begun production on the ‘Game of Thrones’ prequel series in Northern Ireland. 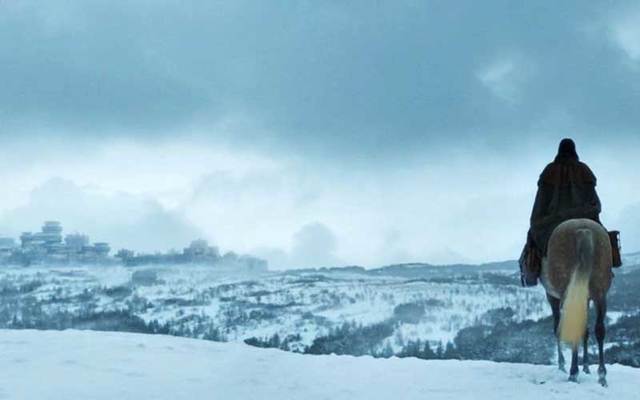 It has barely been a month since the controversial series finale of Game of Thrones, and HBO has already begun production on the prequel series. Like its predecessor, the new series is being shot in Northern Ireland.

Although the new show is still untitled, author George R.R. Martin has been calling the series The Long Night, for the era the story is set in.

According to GeekTyrant, the prequel is set about 5,000 years before the events of GOT.

“Westeros is a very different place. There’s no King’s Landing. There’s no Iron Throne. There are no Targaryens — Valyria has hardly begun to rise yet with its dragons and the great empire that it built. We’re dealing with a different and older world and hopefully that will be part of the fun of the series,” Martin has said.

The #GameofThrones #Prequel started shooting a couple of days ago - and there is a large outside set at #TitanicStudios in #Belfast that has a tree with very familiar looking red leafs. #Bloodmoon #TheLongNight #GOTPrequel
Might interest you, @javimgol, you old set-sneaker ;) pic.twitter.com/3RP8QnIFaP

HBO has teased the plot of the new series with the log line: "Only one thing is for sure: from the horrifying secrets of Westeros' history to the true origin of the White Walkers, the mysteries of the East to the Starks of legend… it's not the story we think we know."

An image teasing the prequel has been released by HBO featuring a mysterious character on horse book overlooking a frozen landscape with a city in the background.

Game of Thrones prequel starts filming (and in a familiar location) https://t.co/pu1R3z7gNJ

The pilot for the series is shooting this summer, but HBO still has to approve a full series order, reports ComicBook.com. If the network does order the series, which is highly probable given the success and popularity of the original GOT show, it will most likely be a couple of years before it actually airs.

The current area where the #GameOfThronesPrequel #BloodMoon #TheLongNight is filming at, in the Counties of Fermanagh & Cavan Geo-park! The non cave scenes involves small native Irish woodlands, next to the actual Marble Arch caves themselves #Ireland #Fermanagh #Cavan #Cuilcagh https://t.co/At9RK9siUB

According to Joe.ie, there are several GOT prequels slated, and this prequel is from GOT show runner Jane Goldman, along with George R.R. Martin and director S.J. Clarkson.