How to visit Westeros now Game of Thrones is over

Winter is here, the final season is here, and tours to help you experience all the best parts of the filming location are also here. 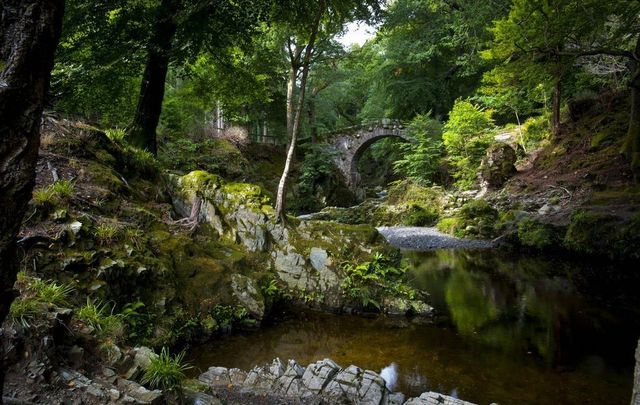 The Mourne Mountains in Co Down. Tourism Ireland.

Game of Thrones tours will bring you straight to the best parts of Westeros i.e. the locations that were filmed in Ireland, of course.

Although the Game of Throne's community is hurtling towards the premiere of the final episode of the beloved HBO show, the world of Westeros lives on and CIE Tours International are now offering the opportunity for fans of the show to experience the very best of the filming locations in Ireland.

With help from CIE Tours’ native guides, travelers can explore the striking landscape and architecture that have served as the show's backdrop for eight seasons, so there's no need to despair, no matter which of your favorite characters meets their gruesome death in the final six episodes.

With CIE Tours’ Private Driver option, fans can enjoy an uninterrupted Westeros adventure with a customized Game of Thrones itinerary.

Guests begin the tour by traveling north to Tollymore Forest – the setting of the very first episode of Game of Thrones – where White Walkers began their march into the realm of men. The ‘bastard of Bolton’ hunted Theon here, and it's also where the Starks discovered the direwolves.

Stop off at the Percy French restaurant where visitors can admire the beautiful craft in the intricately carved “Doors of Throne” that pay homage to the series. Next, visit Inch Abbey in Downpatrick. The haunting ruins were most notably the setting in season one of Robb Stark’s camp where he became the King of the North.

Venture to Castle Ward to see the backdrop of Winterfell and step into the Bran Package, enjoying admission to the movie set where filming took place. Become one of the Stark Family as you dress up in authentic Game of Thrones outfits and get special instruction from ‘Jon Snow’ on archery.

Explore Caves of Cushendun where the shooting took place for season two when Melisandre gave birth to the shadow assassin. Steenson’s Jewelers is another exciting stop on this Game of Thrones adventure. The jewelers are responsible for some of the beautiful accessories from the show such as necklaces, pendants and their most noteworthy piece: Joffrey’s crown.

Drive to the beautiful Downhill Strand, known in the show as Dragonstone. This should bring back season two memories of Melisandre burning statues of the old gods on the beach as an offering to the god of light. Turn inland to travel along the Road from King’s Landing, The Dark Hedges.

Other highlights of the customized tour include Robb Stark’s camp at Inch Abbey, Belfast City, the Giant’s Causeway and Dublin.

As well as their Private Driver option, a number of CIE Tours’ group itineraries pay homage to the show with stops that are sure to excite any “Game of Thrones” fan:

As well as exploring the Seven Kingdoms with CIE Tours, fans can rejoice in the fact that HBO has announced plans to turn one of the show’s former studios in Northern Ireland into a 110,00 square foot Game of Thrones Studio Tour. The studio will feature former sets, costumes, and interactive exhibitions including how the hit series was made.

For more information about the Private Driver experience or any of CIE Tours guided vacations visit www.cietours.com.