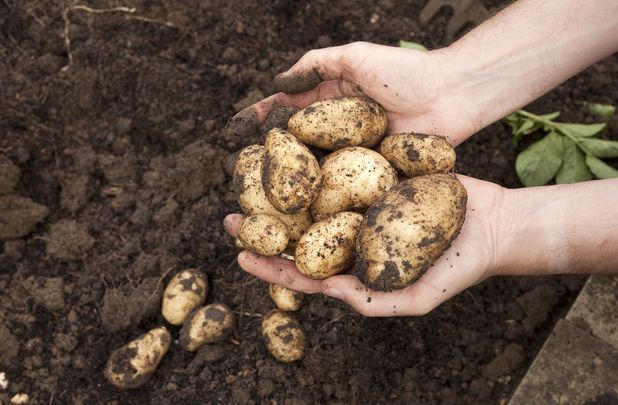 New research from the US and Norway has shown that the origins of the potato late blight, which caused the Great Famine in Ireland, originated in South America.

Scientists from North Carolina State University and the Norwegian University of Science and Technology Museum in Norway conducted new genetic analysis and traced the pathogen which caused the potato late blight to South America. The Great Famine resulted in the death of over one million people in Ireland and forced a further one million people to immigrate to North America during the period 1845 to 1852.

Phytophthora infestans (P. infestans) is the oomycete, or fungus-like pathogen, associated with causing the potato late blight, but researchers could not pinpoint its origin until now. They concluded that this pathogen most likely spread from infected plants through trade which took it from South America to North America and finally to Europe.

The researchers then used a computer model to analyze the results and track how the different strains and mutations spread throughout the world. From the findings they determined that a lineage they named FAM-1 was the cause of an outbreak that affected the US in 1843 and the same lineage was seen in the strains that caused the potato late blight in Ireland two years later. The researchers also found this lineage was first present in historic samples from Columbia, which led them to propose the South American origins.

"FAM-1 survived for about 100 years in the United States but was then displaced by a different strain of the pathogen called US-1. US-1 is not a direct descendant of FAM-1, but rather a sister lineage."

Potato late blight can still affect crops if the correct measures are not taken to prevent it. The oomycete spreads through the air and can develop in warm and humid conditions that lasts consistently for a 48-hour period. Any affected crops must be separated from the healthy ones and destroyed.

Fungicides are used as a method of prevention with a copper fungicide commonly used. In Ireland, local and national weather service’s issue warnings to farmers when there is a risk of blight conditions. Blight resistant crops have also been developed which cannot be affected by this oomycete.