The Irish Whiskey Society America is inviting the public to vote for their favorite Irish whiskeys in the society's inaugural Irish whiskey awards 'The Izzys.' 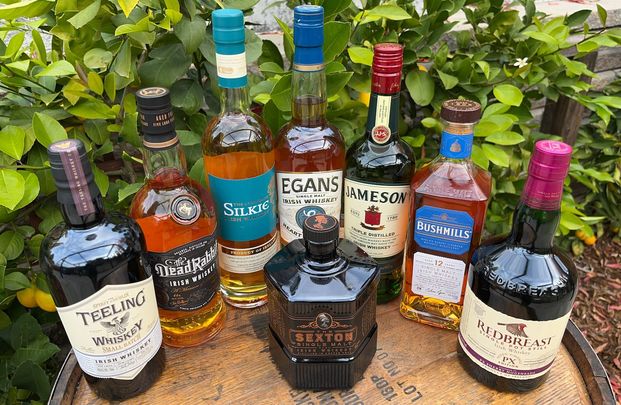 A selection of Irish whiskeys that are available in the US pictured atop a Bourbon cask. These casks are used in the aging process of Irish whiskey. IWSA / Andrew Healy.

The Irish Whiskey Society America has launched its inaugural Irish Whiskey Awards called "The Izzys", named for the society's acronym IWSA. Nominations are open to the public.

The Izzys are focused on Irish whiskeys that are available for sale in the United States in addition to a couple of categories that celebrate those who sell Irish whiskey with both a pub/bar of the year and a liquor store/retailer of the year category.

The public can nominate their favorite Irish whiskies across 13 categories. Nominations close on Wed, Nov 30, and once these have been tabulated the top three in each category will move forward to be voted on from Thursday, December 15 to Sunday, January 8.

Nominate your favorite Irish whiskey here for The Izzys

Irish whiskey sales have seen phenomenal growth in US sales over the last number of years buoyed by a substantial number of new distilleries that have opened across the island of Ireland.

The most recent “official” number of these distilleries is “over 40” according to the industry body in Ireland, the Irish Whiskey Association; however, the number of market participants far exceeds this when factoring in bonders, independent bottlers, and private label brands.

“With the growth in Irish whiskey sales here in America we thought it was time to honor those who are doing such a great job,” said Allan Dwyer, a founding member and now President of the IWSA.

“The US is the single biggest market for Irish whiskey sales and its continued growth is one of the reasons we have such a great selection of Irish whiskeys."

Dwyer added “We’ve come a long way since the society was founded in the now defunct Whiskey Priest pub in Boston in 2010 as back then we were tasting and talking about Irish whiskey from only four operational distilleries. It’s great to have seen it evolve to this stage and we are delighted to honor those who have done so much for Irish whiskey and will continue to do so each year as the renaissance continues."

Founded in 2010, the IWSA is a membership-based organization that offers online resources through its website in addition to ongoing member tastings, both virtual and in person.

The public can now vote here for their favorite Irish whiskeys. Find out more about the IWSA at IrishWhiskeyUSA.com.

Apple and sausage stuffing recipe to complete your Thanksgiving spread

Gleesons of Booterstown named Irish Pub of the Year