Irish whiskey business is booming as distilleries open across the country

Dublin could soon become the whiskey capital of the world with new distilleries set to be opened. 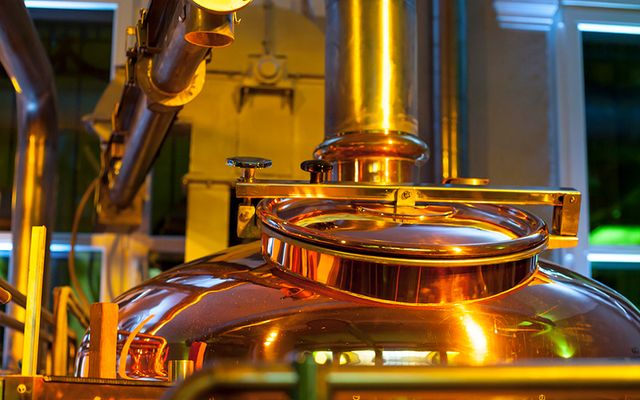 Ireland is already home to 16 distilleries, but, much to the delight of whiskey enthusiasts, plans are underway to open another 14 across the country in the coming years.

First comes The Pearse Lyons Distillery, set to open in Dublin. The company is owned by billionaires Pearse and Deirdre Lyons who, the Irish Times reports, also founded an animal nutrition company, Alltech, in their garage in Louisville, Kentucky. The company is now worth $2.1 billion and the couple decided to indulge their interest in whiskey by buying into the business.

They’re set to open a new distillery in Dublin 8, the inner city area that is already home to Ireland’s iconic Guinness Factory that belches out the fumes of its labor on a daily basis. With the Lyons distillery and a further one in the Liberties set to open soon in the area, Dublin 8 will soon become something of a mecca for alcohol production.

Read More: Vintage Irish whiskey vending machine is the thing that's been missing from your nightlife

The Lyons’ distillery is to open on Dublin’s James’s Street in St James’s Church and so far over $11 million has been spent on renovation since it was bought by the Lyons in 2014 – the bill for the dry rot alone was $1.4 million.

“A few months after we purchased St James’s, it was made a national monument,” Deirdre Lyons told the Irish Times. “The consequence of that meant we have had to employ conservation architects for the renovation.”

And with over eight hundred years of history in the graveyard alone it’s no wonder: the two acres plot is the final resting place of perhaps hundreds of people – some graves contain the remains of up to nine people. The church flipped from Catholic to Protestant and was officially deconsecrated in 1963.

Read More: Taste the spirit of Ireland on the Whiskey Trail in Dublin and Galway

It’s hoped that once it’s up and running the new distillery will produce 1,000 litres every week and host up to 75,000 tourists annually.

No too far away in the Dublin Liberties a further distillery is set to open on Mill Street and like on James’s Street it hopes to serve both as tourist attraction too. Although after $17.5 million has been spent on the 300 building it looks set to best its neighbor at least in cost terms.

Other distilleries due to pop up include ones in Slane Castle, Co. Meath, Glendalough in Co. Wicklow and in Dingle on the Wild Atlantic Way.

All of which the Irish Whiskey Association hopes will mean 1.9 million visitor annually to Irish distilleries by 2025.