We all know that Ireland is now a Mecca for foodies and renowned for its glorious wholesome produce but what people usually associate with each other are great meals and Irish pubs! 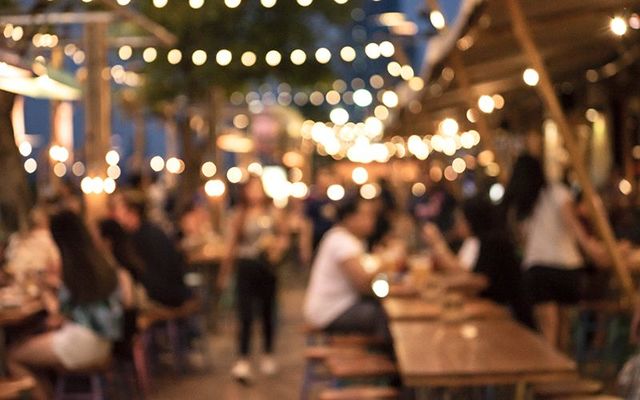 Amazing Irish pubs get a special mention by the Michelin guide. Getty

We all know that Ireland is now a Mecca for foodies and renowned for its glorious wholesome produce but what people usually associate with each other are great meals and Irish pubs! Check out these Irish pubs in the Michelin Eating Out in Pubs Guide

IrishCentral is celebrating Irish food! You can follow the whole story on social media just search for #FoodMyMammyMade and #ICFood. Or you can keep up to date with all ourFood and Drink stories here or never miss a recipe by checking out our dedicated topic page here.

Thirty-two Irish pubs are included in the 2016 Michelin Eating Out in Pubs Guide.

Toddies Restaurant, at the Bulman pub, in Kinsale, County Cork, and the Wild Honey Inn, in Lisdoonvarna, County Kerry both received an “Inspectors' Favourites” commendation. This means the “establishments found to be particularly charming and which offer something extra special.”

Also this year there are new locales on the list among the 25 pubs listed in the Republic of Ireland – The Old Spot, in Ballsbridge, Dublin and Harte’s, in County Kildare.

The Michelin Guides are over 100 years old. This year’s guide recommends more than 590 pubs, of which 60 are new entries. “This is a carefully selected group of pubs, chosen for the standard of their cooking,” said Editor, Rebecca Burr. “Each of them has been anonymously judged by our team of full-time inspectors, and we feel justly proud of them.”

“The great news is that our pubs are spread all over Great Britain and Ireland,” commented Burr. “Stretching from Kylesku in the North of Scotland to Newlyn in the far South of England, and from Southwold in the East of England to Cahersiveen in the West of Ireland.”

County Down definitely leads the way among Ireland’s listing with leads the field with six pubs in the guide, followed by Cork with five, Clare with four and Kildare with three. Dublin, Galway, and Mayo each received two listings, while Antrim, Kerry, Leitrim, Louth, Sligo, Tipperary, Wexford and Wicklow each had one listing.

Here are the 32 listings:

Billy Andy’s at Mounthill, near Larne

Toddies at The Bulman (Kinsale)

Read more: Guinness and Jameson ice cream float recipe is out of this world