There's no breakfast more Irish than porridge and this recipe from the healthy Irish food chain is just perfect. 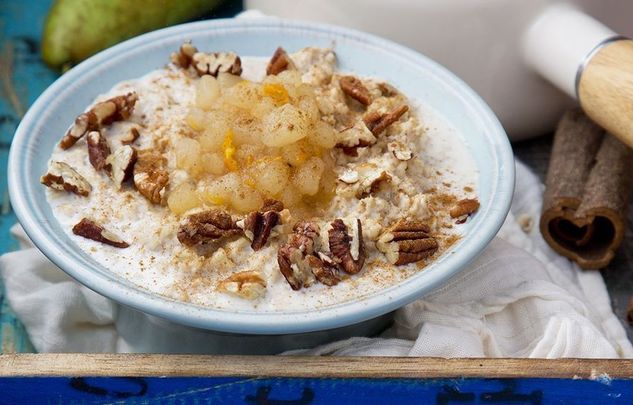 Ideal to mark National Oatmeal Month, January 2021, this sweet and satisfying recipe is the perfect antidote to those dark winter mornings.

Apart from the Scottish perhaps there's no other nation more associated with porridge oats. Here's a delicious and nutritious recipe from the Irish health food cafe, Sprout and Co.

Pour oats and milk into a saucepan, add maple syrup and bring to the boil, stirring occasionally to stop it from sticking to the bottom of the pan. Simmer for 5-10 minutes. Add a little more liquid if needed.

To make the stewed pear, place the chopped pear with some water and the spices, cover, and cook on medium heat until softened – about five to six minutes. Mix in the orange zest.

Ladle porridge into a bowl and finish with a spoonful of stewed pear, pecans, and a sprinkle of cinnamon.