Boann Distillery in County Meath became the first Irish distillery to scoop the best new make whiskey in the world at the 2021 World Whiskey Awards. 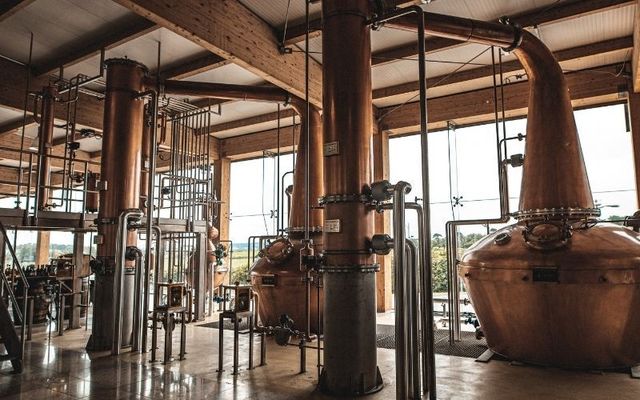 A family-run Irish whiskey distillery in County Meath has scooped the award for best new make whiskey in the world at a prestigious annual whiskey awards ceremony.

Boann Distillery became the first in Ireland to win the award for the world's "best new make and young spirit" after its New Make Pot Still Spirit won big at this year's World Whiskey Awards.

Pat Cooney, the founder of Boann Distillery, said that Boann blends the traditional methods of whiskey production with cutting-edge technology.

This makes Boann Distillery the first in Ireland to win the World's Best New Make!

This is a huge testiment to our distilling team and our distillery. pic.twitter.com/owWGyH0V7C

"We have achieved this by merging the old ways of whiskey production in copper pot stills, with cutting edge, 21st-century nano-technology," Cooney said in a statement.

"It is an incredible achievement for our team that we have produced the best new make whiskey on the planet."

More than 1,000 whiskeys were entered into last Thursday's awards across 16 different categories.

Boann employs 20 people at its €20 million plant located outside Drogheda. It is also in the process of building a visitor center and launching an online shop, while it additionally plans to launch Silks Irish Gin, named in honor of the local Bellewstown Races.

In February, Boann unveiled a collection of long-lost whiskey recipes that were distilled using ingredients known as mashbills that dated back to the 1800s. The distillery teamed up with Dublin historian Fionnan O'Connor to create the mashbills and will make 144 casks available to the public.

Boann is producing samples of each mashbill, allowing customers to place deposits on casks after tasting different mashbills.