Chanukah food traditions have their origins in the first years that the holiday was celebrated, and are meant to remind us of certain miracles associated with the events of Chanukah itself. 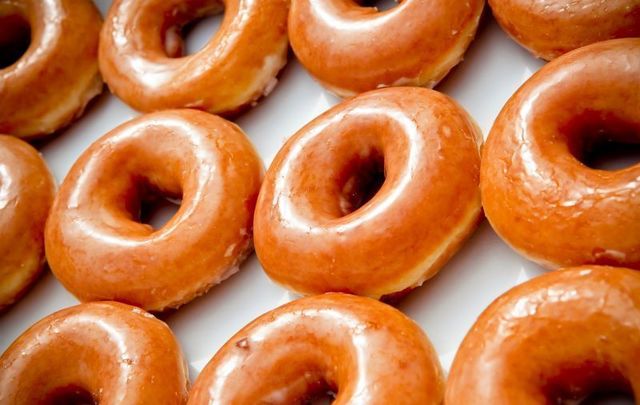 Hanukkah, the Jewish Festival of Lights, runs from November 28 - December 6 in 2021.

Chanukah, also known as the Festival of Lights, is an eight-day Jewish holiday commemorating the re-dedication of the Holy Temple in Jerusalem at the time of the Maccabean Revolt of the 2nd century BCE.

Hanukkah is observed for eight nights, starting on the 25th day of Kislev according to the Hebrew calendar, and may occur from late November to late December on the Gregorian calendar.

The festival is observed by the kindling of the lights of a special candelabrum, the nine-branched Menorah or Hanukiah, one light on each night of the holiday, progressing to eight on the final night.

An extra light called a shamash (“guard” or “servant” in Hebrew) is also lit each night for the purpose of lighting the others and is given a distinct location, usually above or below the rest. The “shamash” symbolically supplies light that may be used for some secular purpose.

Is it all just a ploy to keep kids lingering around the candles and enjoying a family meal? Not at all!

Chanukah food traditions have their origins in the first years that the holiday was celebrated, and are meant to remind us of certain miracles associated with the events of Chanukah itself. And of course, remembering the miracles and the freedom that we're all celebrating adds a special flavor to everything that’s served.

I am going to give you my donut recipe - actually, they are really called doughnut as the hole in the middle resembles a zero and is surrounded by dough, simple isn’t it.

In a medium bowl, dissolve the yeast in the warm water.

Add the milk, margarine or butter, egg, sugar, and salt, and blend with an electric mixer until smooth. Add half the flour and mix for 30 seconds.

Add the remaining flour and knead the dough with flour-dusted hands until smooth.

Cover the bowl of dough and leave it in a comfy, warm place until the dough doubles in size, about 1 hour. You can tell that the dough has risen enough when you poke it with your finger and the indentation stays.

Roll out the dough on a heavily floured surface until it's about 1/2 inch thick.

When you've punched out all the dough (you should have about a dozen unholed donuts), it's time for the holes.

Place the donuts on plates or cookie sheets, cover, and let stand in the same warm, comfy place until they nearly double in size. This will take 30 to 45 minutes.

Heat the vegetable oil in a large frying pan over medium heat. Bring the oil to about 350 degrees. It is easily tested with scrap dough left over from punching out the donuts. The dough should bubble rapidly.

Fry each donut for about 30 seconds per side, or until light golden brown. Cool 5 minutes on paper towels.

For either the plain or the chocolate glaze, combine the margarine or butter with the powdered sugar in a medium bowl and blend with an electric mixer.

Add the vanilla and hot water. Mix until smooth.

If you're making the chocolate glaze, melt the chocolate chips in a microwave-safe bowl in the microwave for 30 to 40 seconds. Stir, then microwave another 30 seconds and stir again until completely melted. Add to the plain glaze mixture. Blend until smooth.

When the donuts have cooled, dip each top surface into the glaze and then flip over and cool on a plate until the glaze firms up, about 15 minutes.