Only about 2,500 people of Ireland's 4.8 million population are Jewish but the eight-branched candelabra are everywhere at Christmas 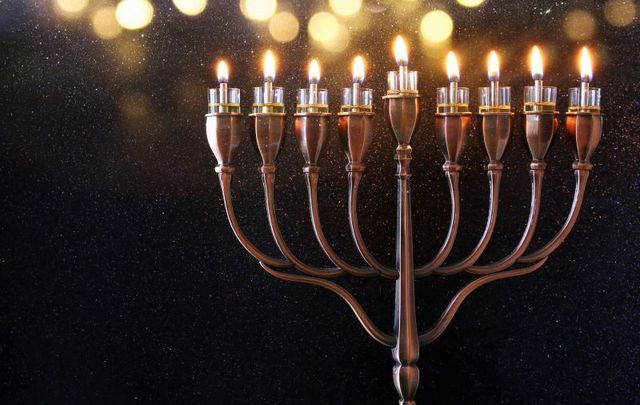 Finding Jewish people in Ireland is not an easy task. Of Ireland’s 4.8 million people, only 2,500 or so are Jewish, but finding a menorah, the eight-branched candle that celebrates the eight nights of Hanukkah – that’s a cinch.

For some reason, already lost in time and space, thousands of Irish homes have unwittingly adopted this famous candelabrum to celebrate – of all things – Christmas. It’s a festival of lights for sure, but somehow the Irish have followed them in an intriguingly new direction.

It was during the mid-1990s that the Irish craze for menorahs, one of the most enduring symbols of the Jewish faith and Israel, took off. Doubtless, some enterprising Irish salesman with a hard neck or thing for irony brought them to the High Street where they were instantly snapped up.

Driving west from Dublin to Galway in December you can count them by the hundred now, shining out from the polished windows of Irish living rooms. Some feature candles, some electric lights, and all seem designed to perplex or mystify their Jewish neighbors, who must shake their heads in wonder at the sight.

Irish Jews, it seems certain, will probably not respond to this accidental appropriation by putting up Christmas trees. Many Rabbis feel that a Christmas tree in a Jewish home, even one decorated with miniature dreidels, blurs the line in unproductive ways.

But Malcolm Lewis, President of the Progressive Jewish Congregation in Dublin, told IrishCentral that he wasn’t concerned.

“Mary McAleese always put a menorah in the window of Aras an Uachtarain, the President’s mansion, whenever Hanukkah arrived,” he said. “She also lit an advent candle as well.”

The symbolism of dispelling darkness with light transcends every faith and culture and Lewis is philosophical about the issue.

“Around about Christmas time you will see six or seven branch candles as decoration, call them what you will, but I don’t know if there’s any real significance to it or not. Maybe they just like the shape of it. If that’s the reason, well that’s very nice.

“And don’t forget that Waterford Crystal (the famous Irish glass making company) makes a glass menorah. They run for about 700 to 800 dollars, and so very few people have bought them I would imagine.”

Below, check out the menorah lighting in Dublin in 2018: