The best Guinness lamb stew recipe you ever had

A delicious, inexpensive and easy recipe inherited from our writer’s mother and the Anglo-Protestant enclave of Foxrock, in Dublin. 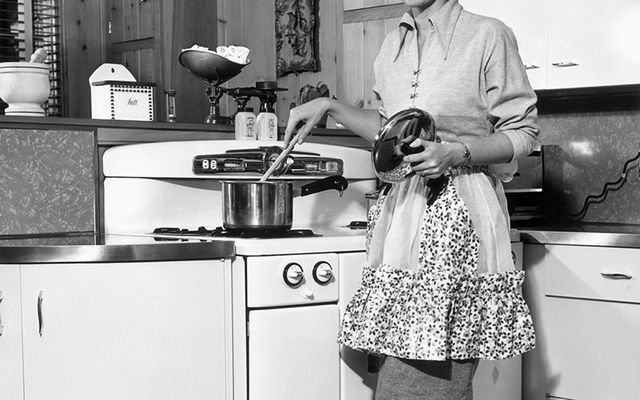 Just like mother used to make it! The best Guinness lamb stew you'll ever have. Getty

A delicious, inexpensive and easy recipe inherited from our writer’s mother and the Anglo-Protestant enclave of Foxrock, in Dublin.

Before my mother married my father in 1949 at Our Lady of Perpetual Succour in Dublin, she worked as the cook for a Mrs. Darley in the Anglo-Protestant enclave of Foxrock. This is the same neighborhood that the gave the world Nobel Laureate Samuel Beckett.

The secret to my mother’s cooking was using the best ingredients and simply, magically, making them delicious. Most French-trained chefs could not top her Sole Meunière, that’s how good a cook she was.

Now that autumn is upon us, her Foxrock Guinness lamb stew is the perfect comfort food for the season. It was a favorite of my father, a farmer from Clogherhead, County Louth, because of all the root vegetables it contained.

- Pour a can of beef broth into a soup pot.

- Place your shoulder lamb chops into the broth. These chops are much cheaper than regular lamb chops, so a little money can feed a lot.

- Add your root vegetables: carrots, turnips, parsnips, onions, celery, leeks. Many supermarkets have packages for soups that contain all of these ingredients. Do not put the potatoes in until about 45 minutes before serving.

- Cover ingredients with water and bring to a boil.

- When it comes to a boil add a beef stew seasoning mix blended in a cup of water, such as McCormick’s. Even better is Knorr’s oxtail soup mix. Knorr’s is hard to find outside of Ireland but can be purchased over the Internet. Reduce flame.

- Now it’s time to add the secret ingredient — a can of tomato paste. It really adds a pop to the stew.

- In the last hour before serving, add a bottle of Guinness.

Serve with fresh Italian or French bread. I find that a helping of HP Sauce adds to the already fabulous taste. It’s stick-to-your-ribs delicious.

Do you have a favorite Irish recipe? Share it with us in the comments section below.

* Dermot McEvoy is the author of the The 13th Apostle: A Novel of Michael Collins and the Irish Uprising and Our Lady of Greenwich Village, both now available in paperback, Kindle and Audio from Skyhorse Publishing. He may be reached at dermotmcevoy50@gmail.com. Follow him at www.dermotmcevoy.com. Follow The 13th Apostle on Facebook here.