Over St. Patrick's Day everything, including beer, has a tinge of green about it but what about Ireland's favorite the humble spud? 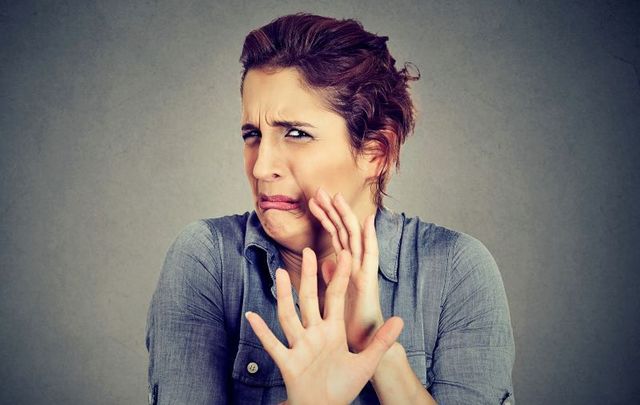 Eat your greens for St. Patrick's Day - except for this one! Getty

St. Patrick's Day means everything has a tinge of green about it, but what about Ireland's favorite humble spud? Should we eat green potatoes?

St. Patrick's Day for some people can't start without some green treats - be it a Shamrock Shake, a green bagel, or green beer!

There are all sorts of other green treats – courtesy of both nature and food coloring – to keep you in the Irish spirit throughout the day, but there’s one Irish favorite you must avoid at all costs is green: potatoes.

What was commonly known in past generations is now often thought to be an old wives' tale, but it’s true – green potatoes are poisonous.

Potatoes (solanum tuberosum) turn green and produce sprouts when exposed to sunlight or extreme temperatures. The green itself is chlorophyll and is totally harmless, but indicates increased levels of a toxin called solanine. 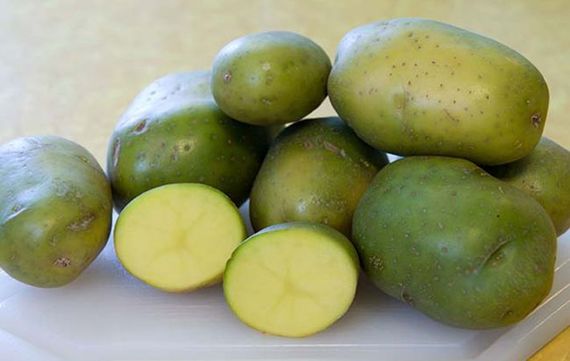 Green Potatoes: What do you think? (Via: Flickr / Philip K Kalina.)

All potatoes produce solanine as a defense against pests and fungus. Eating potatoes with high levels of solanine can cause potato plant poisoning.

According to the National Institute of Health-run website Medicine Plus, symptoms of potato plant poisoning include delirium, fever, hallucinations, headache, vision changes, nausea, vomiting, shock, loss of sensation and a drop in body temperature.

Potatoes that are green in parts and only lightly sprouted can be remedied – just cut away the sprouts and green areas until all margins are clear.

Potatoes that are fully green, however, should be discarded. A study from the University of Nebraska at Lincoln revealed that 16oz of fully green potato (the size of a medium to large baked potato) would be enough to poison a person weighing 100 pounds. The bitter taste of green potatoes is also a natural deterrent.

While some studies have shown the temperatures reached when potatoes are deep-fried to be enough to lessen the levels of solanine, boiling potatoes has little to no effect on the toxin.

If you simply must have green spuds, here’s a delicious and healthy take on Irish-Italian mashed potatoes, using dandelion greens (you can also use spinach) to create the green potato effect.

What's your favorite green treat for St. Patrick's Day? Let us know in the comments!