The gluten-free food industry has grown by over a third in the past year, but do Irish people really need to cut gluten out of their diet? 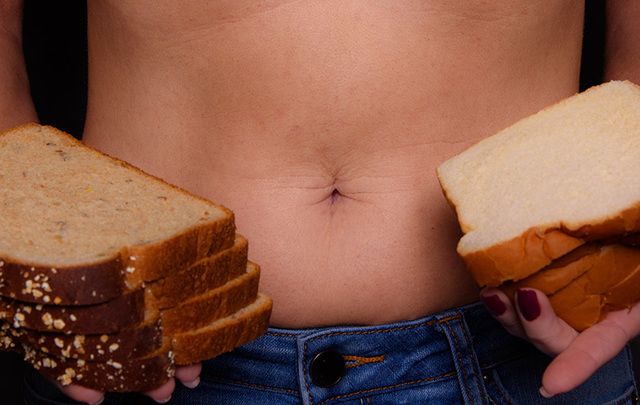 Irish people are wasting millions of dollars a year in pursuing a “fad,” gluten-free lifestyle that does little or nothing to improve their health, according to a prominent doctor at University College Cork.

Professor Fergus Shanahan, Chair of the Department of Medicine at University College Cork and Director of the APC Microbiome Institute, claims that while the gluten-free food industry has exploded in Ireland over the last twelve months, many of those who choose to spend money on more expensive products simply because they are gluten-free are throwing away their hard-earned cash on food products that are not beneficial to their health.

Research published by Irish food board, Bord Bia on April 19 indicates that as many as one in five Irish consumers now seek out gluten-free products, despite the fact that as few as one percent of the country’s population is diagnosed as having celiac disease.

The research found, in fact, that almost 80 percent of those who told Bord Bia they followed a gluten-free diet were not diagnosed as having celiac disease, while 38 percent had no allergy to gluten whatsoever. While a desire for a healthy lifestyle is turning the diet mainstream, many of those who make the decision to cut gluten out of their lives were not able to define exactly what gluten is.

Ireland's #glutenfree market is worth approx €66m with 1 in 5 people regularly buying #glutenfree, according to @Bordbia research. pic.twitter.com/nGEMiHtvxk

“We are all susceptible to the power of mass marketing and ultimately that is what this is. It is just a fad,” Shanahan told the Irish Times.

“I know people might say who is this arrogant doctor to dismiss a gluten-free diet as a fad, but for the vast majority of people, that is exactly what it is.”

Celiac disease is one common to the Irish, however, claims Dr. Peter Green, a Professor of Clinical Medicine, Director of the Celiac Disease Center at Columbia University College of Physicians and Surgeons. With 20 years of research of the disease under his belt, Green even suggests that President John F. Kennedy could have had an undiagnosed case of the disease for which he could thank his Irish heritage.

Shanahan believes Irish people are being won over by celebrities who wax lyrical about the benefits of a gluten-free diet. He believes that any changes in health new converts may experience are likely caused by a placebo effect.

“All of the studies show that around 1 percent of us are celiac. That is a fact,” he stated.

“A lot of people who take gluten-free products do so because of celebrity endorsements. But they are not being consistent and might buy gluten-free bread and then eat a whole range of other products that contain gluten.

“You will typically see around 30 percent of people reporting an improvement purely because of the placebo effect. In some bowel conditions that can rise to as much as 70 percent.”

Ireland spent €25m more on gluten-free food in the last year. Are we just living clean, or caught in a diet fad? We hear more now #pknt pic.twitter.com/p0A3UpaKv8

Bord Bia’s consumer insight manager Paula O’Donoghue confirmed that the trend may be influenced by those with a celebrity status.

“There is a lot of noise around the topic, whether it is from celebrity advocates such as Gwyneth Paltrow and Novak Djokovic, or chefs, nutritionists, and bloggers,” she said

“Consumers have high expectations around quality, so we recommend that companies work towards positioning products and brands that are natural and taste great but just happen to be gluten-free. Bread is the barometer product for gluten-free as fresh bread is the product they miss most.”

“Traditionally, gluten-free offerings were only available in pharmacies or health food stores, whereas now there is proliferation right across the retail chain,” Donoghue continued. “The market has experienced an increase in the number of available products as well as double-digit growth in supermarkets.”

Bord Bia's research consisted of interviews with key influencers, a nationally representative online survey, face-to-face interviews with 15 consumers of gluten-free products and analysis of existing reports and information. Bord Bia also found that the gluten-free diet is more popular in Ireland among those in the upper and middle class. It was also more popular in the province of Munster and among couples who either had no children or who had adult children.

The research found that only 26 percent of those who purchase gluten-free are careful about their food products while 60 percent take a more practical approach of buying a mix between gluten-free categories as well as naturally gluten-free products.