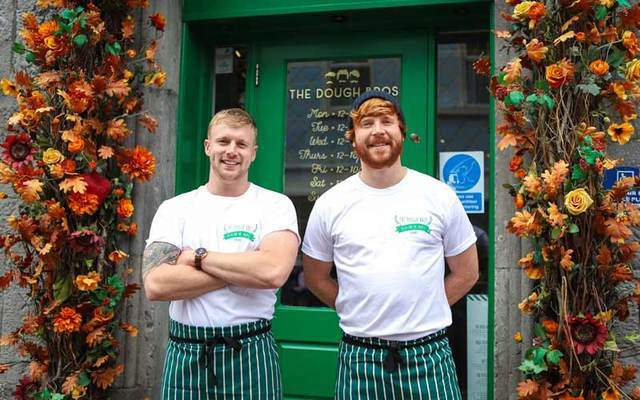 A Galway restaurant has been named the best pizza takeaway in Europe by a prestigious pizza guide.

The Dough Bros in Galway City was named the takeaway service in Europe and the best pizzeria in Ireland by 50 Top Pizza, which publishes guides to the best pizzerias outside of Italy, as chosen by three food experts: Barbara Guerra, Albert Know, and Luciano Pignataro.

The Dough Bros was also named the 27th-best pizzeria in the world at the 50 Top Pizza awards in Milan.

Founded by brothers Eugene and Ronan Greaney, the Dough Bros has made its name on its range of delicious and inventive pizzas, including its take on a chicken Caesar pizza and a Bánh Mì pizza.

The restaurant also serves pizza classics, including ham and mushroom, pepperoni, and Margheritas - all served with an Irish twist.

The Dough Bros started as a simple food truck and has evolved into a pillar of the Galway restaurant scene, becoming a must-visit for any tourist visiting the city.

The pizzeria has also adapted to the pandemic, introducing DIY pizza kits so that customers can make their favorite pizzas at home.

50 Top Pizza said that the DIY kits were still among the best pizzas in Ireland and said that the restaurant's "selection of raw materials was always to the highest standard."

"During these past 18 months that have been so challenging for the worldwide restaurant sector, two brothers from Galway have transformed the roadblock of the health crisis into an opportunity," 50 Top Pizza said.

"They never lost courage, but instead perfected their delivery service and even created a kit to make pizza at home. The pizza is baked in a wood-fired oven in their establishment near Galway. They have done a great job. Besides the doughs, their selection of raw materials is always at the highest of standards. Even the kits will produce one of the best pizzas in the country."

"The last 18 months have thrown some major curveballs but despite it all, it has been our most rewarding yet. Thank you to everyone that has helped us along the way," the restaurant said on Instagram.

"We have never been more excited or driven about the future and what lies ahead!"