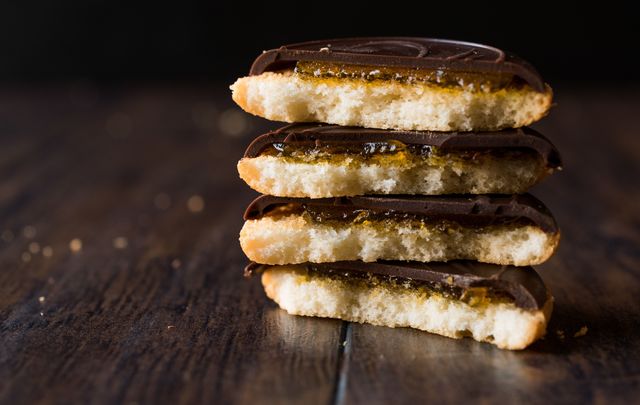 Yay or nay? The Chippy in Co Antrim is experimenting with deep-fried Jaffa Cakes. Getty Images

Deep-fried Jaffa Cakes are the latest offering from the takeaway spot The Chippy on Railway Street in Co Antrim.

For the unacquainted, Jaffa Cakes are a staple in many Irish households that are typically served up as a treat during tea. The Jacob’s version (they’re also manufactured by McVities) describes them as “the spongy cakes with the squidgy orangy center.”

Now, The Chippy on Railway Street in Co Antrim has experimented by dunking Jaffa Cakes in a deep fryer.

“Would you try one?!” they asked on their Facebook page on September 18:

Would you try one?? We are giving away a limited quantity of free samples tonight!! #batteredjaffacake

One commenter replied: “mars bars creme eggs n now Jaffa cakes -I’m movin back to Antrim! Whoever thought of this should be crowned king”

While another said: “Oh no you can’t do that to the beloved Jaffa.thats just taking things to far.mite go up and protest now”

A spokesperson for the Northern Irish chipper told The Irish Post: "They are going down quite well. Some people were a bit skeptical about trying them but once they ate they quite enjoyed it.

"People have already been giving me ideas of what they would like to see at Halloween and Christmas!

"We do these wee random treats, not necessarily to sell them but to see what people think. It's definitely got people talking and they are debating whether to try them or not."

Not into the sound of battered Jaffa Cakes? It appears The Chippy will try deep-frying just about anything:

We had some American visitors in the shop for some battered treats... they choose 2 battered caramels, battered mars bar, battered twix and a battered double decker... #thechippyantrim #batteredchocolate #food #chocolatelover #antrim #northernireland

Would you try a deep-fried Jaffa Cake? Let us know in the comments!