A look at the culinary spectacle on board the Titanic

Before tragedy struck, sitting down to a meal onboard the Titanic was a sumptuous affair. 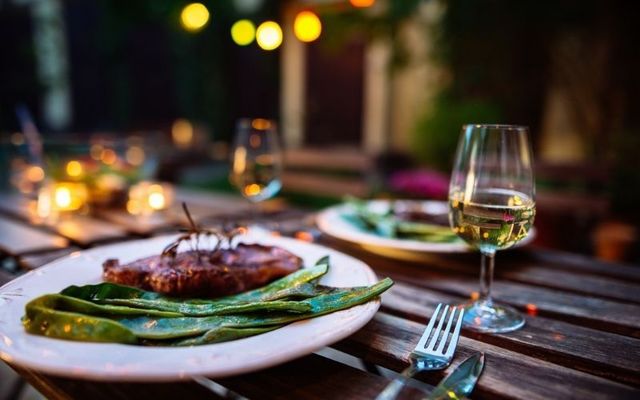 A look at the culinary spectacle on board the Titanic Getty

Before tragedy struck, sitting down to a meal onboard the Titanic was a sumptuous affair, particularly if you were holding a first-class ticket.

The first days of the ship’s maiden voyage were an occasion for wonder for first-class passengers and even those below stairs were not stinted when it came to really first-rate meals.

"Food was really, really important on the Titanic," food historian Michele Shirlow told CTV in 2012. "These people were paying an awful lot of money in first class. But even in steerage, or third-class, I can tell you people were well fed," she added.

According to Shirlow, Titanic boasted two fully working kitchens. The first kitchen served gourmet dishes to first-class and second-class passengers and the second kitchen was used to prepare the wholesome fare served to the ship's third-class passengers.

"Before the Titanic, third-class passengers brought a picnic for six days. They didn't get any food,"  Shirlow told CTV. Titanic broke with that tradition.

Although the dishes served in steerage were far from complex, they were wholesome and flavorful. Irish porridge, baked potatoes, and creamed rice pudding with a humble dollop of jam were reportedly served to Titanic's poorest passengers.

With a chef hand-picked from one of London's best restaurants, the Titanic's 80-member kitchen staff worked around the clock to prepare 6,000 meals a day.

There were four restaurants on board to serve the passengers. First-class passengers dined in a 114-feet long sumptuous restaurant that spanned the full width of the ship. Seating 532 passengers at once, the Titanic's restaurant was the largest ever seen on a Trans-Atlantic vessel of the period.

Third-class passengers ate in a modest dining room on the Middle Deck.

These richest passengers chose from an 11-course menu that included foie gras terrine with hazelnut macaroon, apple and fig chutney, guinea fowl terrine, and cured wild salmon with a Mojito sorbet to cleanse the palette and an impressive array of tempting desserts.

One mystery remains to this day about the Titanic. "There was an à la carte restaurant onboard," Shirlow explains. "We don't actually know what was served there. The à la carte menu never survived," she said.