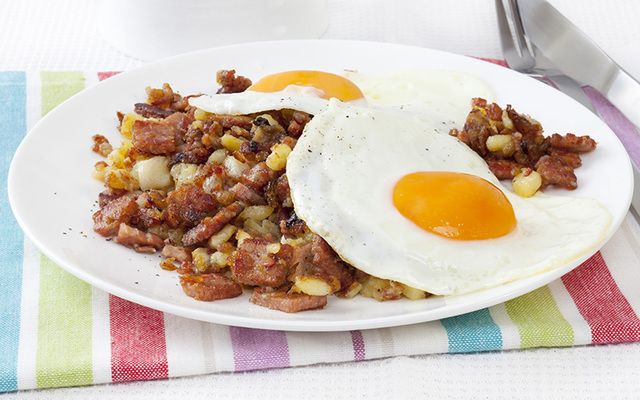 A hearty mix to set you up for the day or a comforting homely dinner.

Corned beef is sometimes erroneously attributed to Ireland - but it's so tasty, we don't really mind!

Whether it’s a filling brunch or a warming dinner on a brisk evening you’re after, this corned beef hash recipe is the one for you.

Try topping off this dish with a fried egg. Delicious!

Melt butter with the olive oil in a large skillet over medium heat, and cook the onion just until it begins to brown, about eight minutes

Stir in the potatoes and carrot, and cook until tender, about 15 minutes, stirring occasionally.

Let the mixture cook until hash is crisp and browned, stirring often for 10 to 15 more minutes.