Leading the new collection are two cask strength releases exclusive to the island of Ireland. 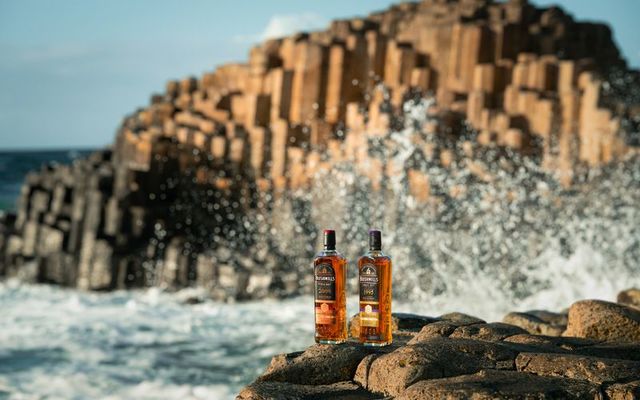 The 2008 Muscatel Cask and the 1995 Malaga Cask from The Causeway Collection. Bushmills Irish Whiskey

Bushmills Irish Whiskey has announced the release of a new collection of limited edition single malts inspired by The Giant’s Causeway.

Leading the collection are two cask strength whiskeys exclusive to the island of Ireland -  – the 2008 Muscatel Cask and the 1995 Malaga Cask.

These are the first cask strength Irish single malt whiskeys to be introduced by The Old Bushmills Distillery in over 15 years.

The 2008 Muscatel Cask, first aged for eight years in oloroso sherry butts and bourbon barrels, is then matured in rare muscatel casks for a further four years. Permeated with wine made from the aromatic muscat grape, the muscatel cask imparts deep waves of flavor with luscious ripe fruit notes and a smooth sweetness.

The 1995 Malaga CasCask is a rare single malt, aged quietly for over 10 years in oloroso sherry butts and bourbon barrels before further maturation for an extraordinary 14 years in Malaga casks. After almost 25 years resting in oak, the triple wood maturation bestows notes of sweet spiced plum, toasted vanilla and pinches of coffee grounds on this golden spirit. 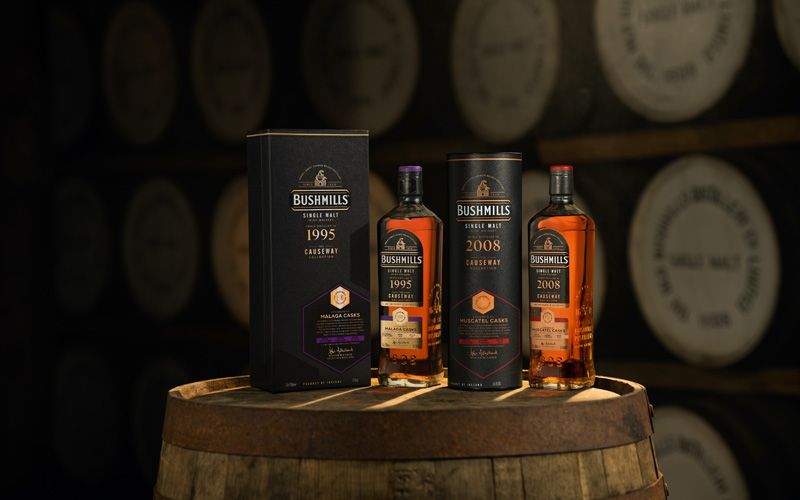 The 2008 Muscatel Cask and the 1995 Malaga Cask from The Causeway Collection. Credit: Bushmills Irish Whiskey

According to Bushmills, the nearby Giant’s Causeway has been a source of inspiration to their master distillers for centuries.

“Its extraordinary hexagonal columns, each unique but perfectly locked together, form a series of steps, mirroring the successive steps of triple wood maturation used in this new Collection.”

This sensational collection has been expertly crafted by Bushmills Master Blender, Helen Mulholland.

“This launch represents a bold new step for Bushmills, one that not only honors the giants and generations before us but also the incomparable natural landscape in which it’s forged," said Mulholland.

"We are excited to reintroduce cask strength Bushmills single malt whiskeys to our loyal fans across the island of Ireland. With these two new exclusive releases, we celebrate our passion for single malt, showcase our rare and unique casks, and honor our 400-year north coast provenance.”

These rare and limited whiskeys will be sold only through select online and  in-store retailers beginning October 22.